Before taking the satellite to the orbit, it has to go through these steps, know at which stage ISRO's EOS-03 failed

Today's mission of ISRO failed after reaching the third stage. Due to this, the Earth observation satellite of India also became useless. Explain that the vehicle has to go through several stages before any satellite can be successfully installed. 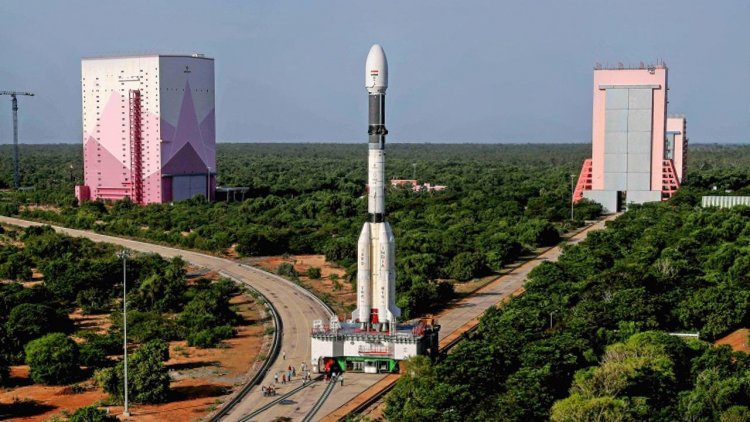 The GSLV-F10/EOS-03 launched by the Indian Space Research Organization (ISRO) missed a successful launch today. Due to this the Earth Observation Satellite-3 (EOS-3) mission could not be completed. GSLV had a successful take off from Satish Dhawan Space Center in Sriharikota at around 5:43 am on Thursday. Two phases of this flight were also successfully completed, but due to a technical fault after that, ISRO failed. Due to this the satellite was also destroyed. Significantly, this was the 8th mission to be launched with the help of indigenous cryogenic engine. Apart from this, this was the 14th mission of GSLV and this was the 79th mission launched from Satish Dhawan Space Center.

Let us tell you that after launch from the earth, other vehicles including GSLV have to go through several stages before launching the satellite. Due to the slightest mistake, years of hard work of the scientists is wasted, so every step is scrutinized very closely. Launching is also postponed to rectify minor defects encountered before launch.

There are five stages

As far as the satellite launch journey of Geosynchronous Satellite Launch Vehicle or GSLV-F10 is concerned, it had five phases. This entire mission itself was about 18 minutes 39 seconds. This means that the EOS-03 was to be successfully launched after 18 minutes 39 seconds of flight. After about two minutes and 31 seconds of launch, the vehicle was to have its first separation, which was its first stage. This was done successfully. With this, the second phase of the vehicle also started.

Payload fairing separation took place in about 3 minutes 55 seconds after the launch of GSLV. At 4 minutes 51 seconds, the second stage of the vehicle stopped and after three seconds its separation was done successfully. From here its third phase was to begin. Cryo upper stage ignition was to take place at 4 minutes 56 seconds, in which it failed. With this, the vehicle had to complete a further journey of about 14 minutes 39 seconds. But due to a fault in this stage, this mission failed. If all went well, this phase would have been completed in 18 minutes 29 seconds and the engine would have stopped. After ten seconds, Earth Observation Satellite-03 would have been launched.

Have a look here

Let us tell you that this whole vehicle is divided into different parts. At the top of it is the satellite, which is called payload. It is about eight and a half meters in height and four meters in width. After this comes the number of cryo upper stage, which is the third stage of the vehicle. Its height was about 9.9 meters and its diameter was about 2.8 meters. Below this is the second stage GS2 (GL40) which is about 11.9 meters high and 2.8 meters wide. Below this is the part of the first stage, which is in three in two. Its height is 19.7 m and 20.2 m.

Where was the satellite to be installed

EOS-03 was to be launched in Geosynchronous Transfer Orbit (GTO) via GSLV, after which it was to be placed in Geostationary Orbit (GO). All the satellites to be installed in this orbit are launched in the GTO itself. The journey from GTO to GO has to be accomplished by the thrust of the satellite's inbuilt engine. GTO is about 42164 km away from Earth.

Imran Khan said – Taliban will not talk to Afghan government until Ashraf Ghani...