China and the Philippines face to face, stir again in the South China Sea

Philippines Defense Minister Delphil Lorenzana has said that Chinese ships are violating the maritime rights of the Philippines. 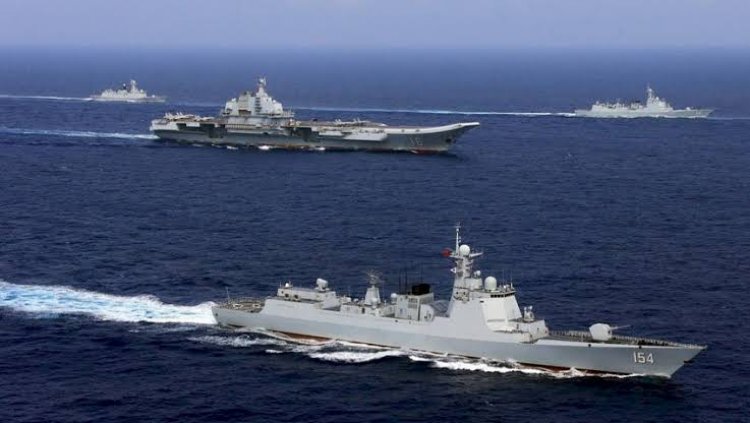 The Philippines, Brunei, Malaysia, Taiwan and Vietnam have been questioning claims from China over the entire South China Sea for decades, but tensions have increased significantly in recent years.

China repeatedly claims the area, which is called the 'Nine Dash Line'. China has built islands there in support of its claim and continues to patrol there. China has expanded its military presence there. However, he says that his intentions are peaceful.

On March 7, several photographs were released by the Coast Guard of the Philippines in the South China Sea, in which several Chinese ships can be seen standing together on the Whitson Reef (the Philippines calls it the Julian Philipp Reef).

Until today, three-four years ago, there was not so much tension about this area. Then suddenly, about three years ago, a ship excavator in the sea of ​​China, with a large number of bricks, sand and gravel, reached the South China Sea.

He started a large-scale construction around a small sea strip with the help of sand, gravel, bricks and concrete.

First a port was built. Then the runway to land the planes. Soon after, China prepared an artificial island in the South China Sea and made a military base on it.

In this area, China gradually built military bases on many small islands. Today, the situation has become such that many countries are claiming on the South China Sea.

In 2015, when Barack Obama came to India, in a joint statement, India said that it is committed to maintaining stability in the South China Sea.

China had shown resentment after this statement. After that India never directly mentioned the issue by taking the name of China. Many times India has talked about China's expansionism without naming it and has pointed towards the South China Sea.

Guns will no longer operate in public places in America,...