Covid-19 origin: China said that if the lab is to be investigated, then the World Health Organization (WHO) officials should go to Fort Detrick. 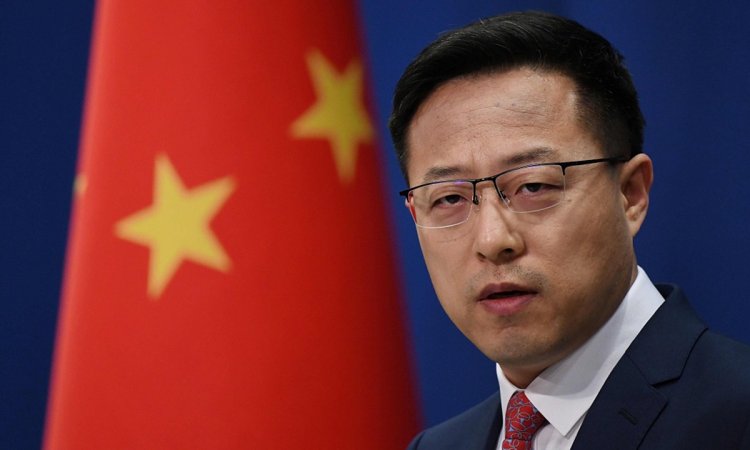 China has retaliated on America for investigating the origin of Coronavirus. Chinese Foreign Ministry spokesman Zhao Lijian said on Monday that World Health Organization (WHO) officials should go to Fort Detrick if the lab is to be tested. America's Fort Detrick is a military base. It is worth noting that China is accused of the origin of Coronavirus that it has come out of the lab located in Wuhan.

Zhao Lijian said, 'If the labs are to be tested, then WHO experts should go to Fort Detrick. America should act transparently and responsibly as soon as possible and WHO experts should be called to investigate Fort Detrick Lab. Only in this way can the truth come out in front of the world. Actually, this tweet of Lijian was in response to Kovid-19's demand for the second round of investigation of origin. Fort Detrick is a military base located in Frederick, Maryland. Significantly, China has already denied the matter of lab leaks.

If labs are to be investigated, then the WHO experts should go to Fort Detrick. The US should act transparently & responsibly as soon as possible and invite WHO experts for an inquiry into the Fort Detrick lab. Only in this way can truth be revealed to the world.

Shocked by the decision to test the lab: Chinese Deputy Health Minister

The WHO said earlier this month that the second phase of the Wuhan Institute of Virology investigation should include audits of Chinese laboratories. The demand for the investigation is coming amid increasing pressure from America. The proposal outlined by WHO chief Tedros Adhanom Ghebreyesus included audits of labs and research institutions operating in the area of ​​the initial COVID case identified in December 2019. Responding to this, China's Deputy Health Minister Zeng Yixin said that he was extremely surprised by the plan. He said that it shows disrespect for common sense and science.

Beijing has repeatedly insisted that the possibility of the virus leaking from its lab is extremely low. For this, China cited the conclusion made by the joint WHO-Chinese mission in Wuhan in January. However, the WHO has accused China of not sharing critical raw data during the first phase of the investigation. For the past few months, the matter of virus leaking from the Chinese lab has become a topic of discussion. Earlier, Chinese newspaper Global Times said it had collected five million signatures from the country's internet users on a petition for a US lab to investigate.

An artificial intelligence tool invented to deal with Corona's...

Covid-19 Outbreak: Despite the lockdown in Sydney, cases...