CWG 2022: PV Sindhu replied to Warner and his wife, commented on winning the gold 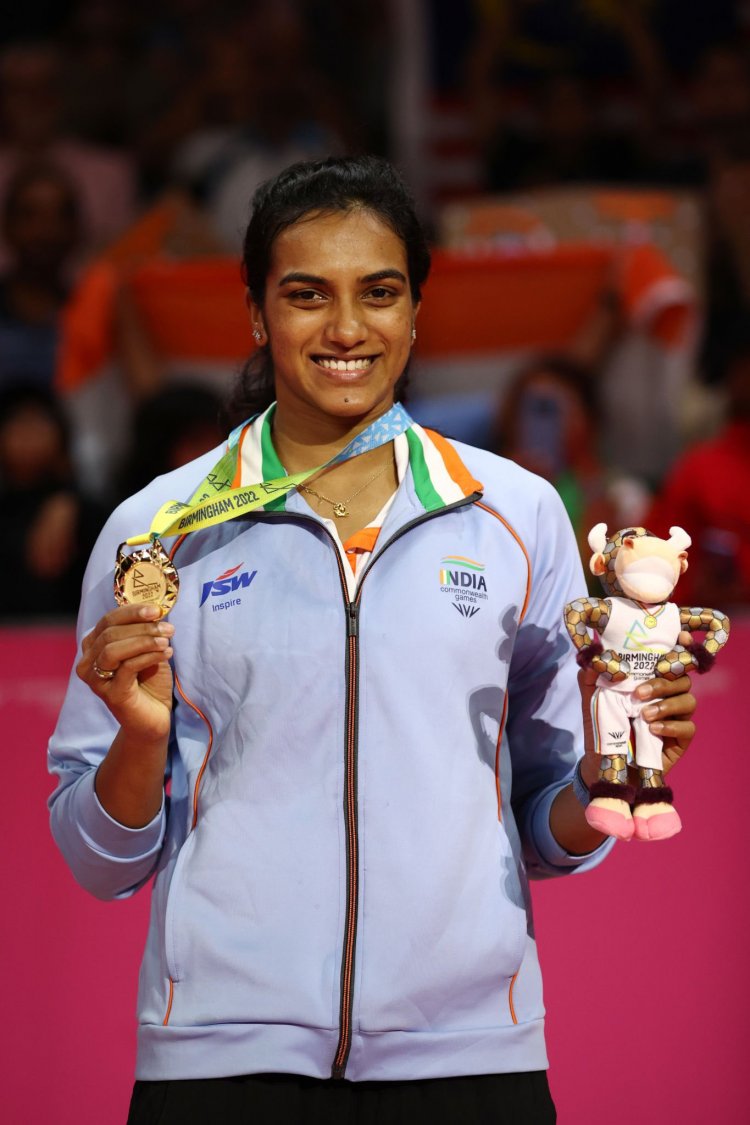 India's star badminton player PV Sindhu did wonders on the last day of Commonwealth Games 2022.  She put the gold medal of badminton women's singles in India's bag.  This gold is also very special for Sindhu, because in the last two Commonwealth she had missed out on winning the women's singles gold, but this time she managed to win the gold.  Australian batsman David Warner and his wife Candice Warner congratulated Sindhu on this victory.

Indian fans are crazy about Warner

Sindhu also gave a beautiful answer to this couple, which is becoming quite viral.  Congratulating Sindhu, Warner said that very good PV Sindhu, amazing achievement.  Gold in Commonwealth Games.  At the same time, his wife said that congratulations Sindhu on winning the gold.  Commendable effort.  Sindhu, a two-time Olympic medalist, thanked both of them.  After this message from Warner, Indian fans also became crazy about him and he said that this is the reason why Indians like David Warner.  PV Sindhu defeated Canadian player Michelle Lee in straight games in the final.  They won the first game 21-15, while in the second game they won 21-13.

Sindhu won the gold in 48 minutes

The Indian star took 48 minutes to win the gold.  Sindhu's 9th win over this Canadian player.  Earlier, Michelle Lee broke her dream by defeating Sindhu in the singles and team events at the 2018 Commonwealth Games, but this time Sindhu managed to avenge both of those defeats.  Although Lee was trying to dominate Sindhu at the beginning of both the games in the final, the Indian star then retaliated strongly and forced her to kneel.  The Australian cricketer has a long association with Hyderabad.  He represented Hyderabad in IPL from 2014 to 2021.  While Sindhu is the icon of Hyderabad and the entire country.

Babar could not stop himself seeing Kohli, IND-PAK players...

Those who does not return to their form should not get...

IND vs PAK: Today is a special day for Indian cricket,...