Facebook switches off news in Australlia,PM Morrison calls it arrogant 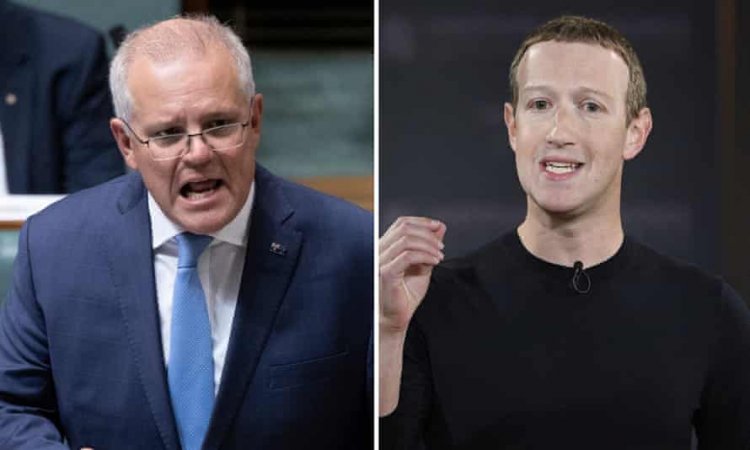 Earlier, social media company Facebook on Thursday banned news related content in Australia. Google has also said that it can shut down its search engine in Australia.

The reason for the dispute between these two big tech companies of the world and the Government of Australia is a proposed law which is being brought to establish the balance of power between the tech companies and media institutions in the market.

Australian Prime Minister Scott Morrison has said that his government is not afraid of Facebook banning news content for users in the country.

He said Facebook's attempt to "unfriend Australia" was unfortunate.

The purpose of this proposed law, called World First, is to solve the economic loss to the media due to advertising revenue going to American tech companies.In 2018, the Australian Government's regulatory body, the Australian Competition and Consumer Commission (ACCC), ordered an inquiry into the impact of Google and Facebook on the competitive environment in the field of media and advertising.

The institution found that there is an imbalance of power between media and tech companies. On this basis, the institution recommended a law that would establish a balance of power between the two types of companies.In July last year, the Australian government introduced a new bill, due to which Facebook and Google threatened to stop offering their services in Australia.

What's special in this Law ?

In this proposed law, it has been arranged that tech companies pay for news content. However, till now it has not been clarified how much they will have to pay.This law, as an organization, will give media organizations the power to negotiate with tech companies to determine the value of content that appears in news feeds and search results of tech companies.If this agreement is unsuccessful, then such cases can go to Australia Communications and Media Authority.According to the proposed law, if the tech companies were found guilty in such a case, the company would have to pay ten million Australian dollars (about 56 million rupees) on each mistake, or pay ten percent of the company's local turnover as compensation.According to the government, under this law, the focus will be on Google and Facebook first, but it can also apply to other companies.

Bhumi Pednekar got a photoshoot done with her sister, both sisters wore low cut...