Hollywood Scandal: The film in the US made on this famous court case of actor-actress, people's feelings are with the hero

Movie On johnny depp And amber heard Case: Johnny Depp, the star of Hollywood's Pirates series films, is constantly in the headlines. A film on his romance, divorce and court dispute with ex-wife Amber Heard is ready. The film will release in the USA this month. 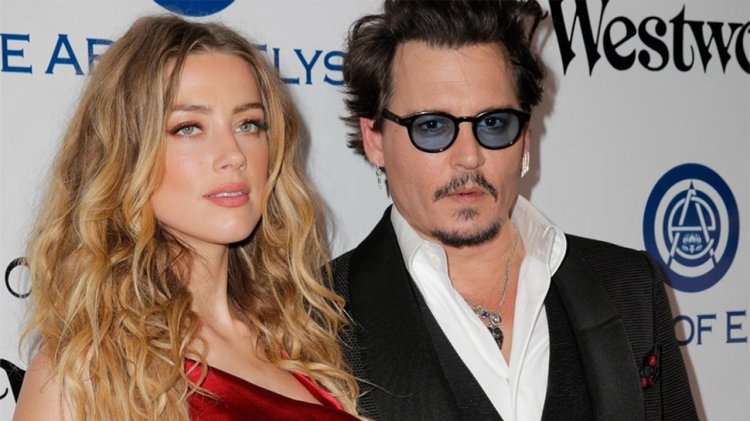 Hot Cake On Tubi: Johnny Depp and Amber Heard, who have been in Hollywood for some time now, are now ready to make a film. The romance between the two, marriage, divorce and Johnny's defamation case against Amber has become very popular all over the world. When the court gave its verdict against Amber in the defamation case, there was a different kind of debate about Feminism around the world. All these things are now ready to come on screen in the form of a film. The title of the movie is Hot Cake: The Depp/Heard Trial. The film is going to be released on September 30 on Fox Corporation's OTT 2B in the US. The film is being watched by people from America to all over the world. At present, no detailed information has been given about the film. But it is sure that this film is on the storm in the life of both Hollywood stars.

From domestic violence to jury verdict

The film is mainly based on the court case between the two stars, in which Dap filed a defamation case objecting to what Amber had written against him in a newspaper article. Amber had accused Dap of domestic violence and assault, which the actor challenged in court. These allegations caused Depp to lose his economic and social reputation. Amber could not prove her charges in court and the jury found her guilty of making false allegations and asked Dapp to pay a fine of millions of dollars. However, Amber says that he does not have the money to pay the amount of fine that has been imposed on him. Hollywood actors Mark Hepka (Johnny Dapp) and Megan Davis (Amber Heard) are playing the lead roles in Hot Cakes.

Johnny immersed in alcohol and drugs

Meanwhile, some things about the relationship between Johnny Depp and Amber Heard are coming out, due to which people's sensibilities are connecting with this hero. It has been said in the news that Johnny Dapp came to know that despite being in a relationship, Amber Heard was unfaithful to him. She is making compromises to get roles in films. But Johnny Dapp never misbehaved with Amber or complained about it, but quietly drowned in alcohol and drugs. He buried his anger and feelings inside.

Pakistan: Passengers suddenly started kicking and punching on the seat in the flight;...