Bharatiya Kisan Union President Chaudhary Naresh Tikait and National Spokesperson Rakesh Tikait keep giving edge to the farmers movement so that the farmers do not get isolated from this movement. In farmer-dominated areas, all kinds of works are being done to keep them connected by doing Panchayats. 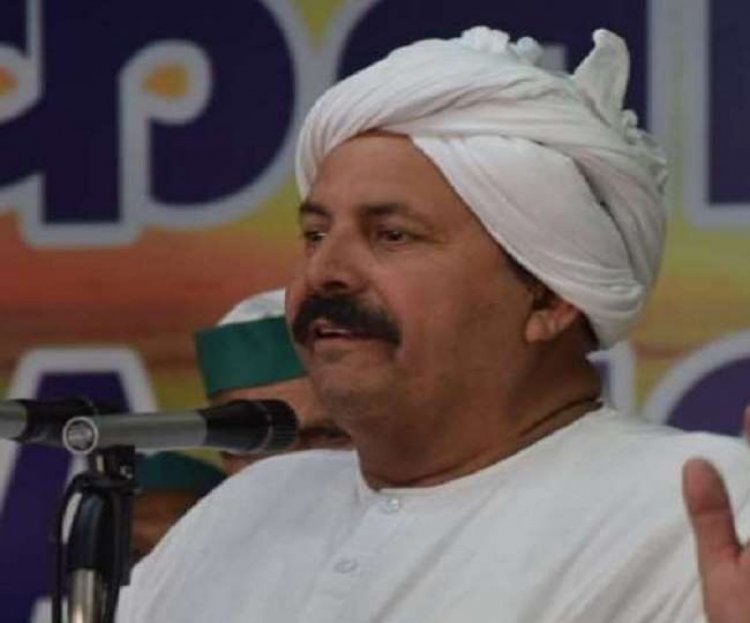 Bharatiya Kisan Union President Chaudhary Naresh Tikait and National Spokesperson Rakesh Tikait keep giving edge to the farmers movement so that the farmers do not get isolated from this movement. In farmer-dominated areas, all kinds of works are being done to keep them connected by doing Panchayats. In the Panchayats held in Meerut and Shamli a few days ago, farmers were encouraged to take part in the movement. Now the next target of the Kisan Union is the Mahapanchayat to be held in Muzaffarnagar.

The President of Bharatiya Kisan Union, Chaudhary Naresh Tikait, tweeted on his internet media account Twitter that the panchayat held in Muzaffarnagar next month i.e. on 5th September is not a Mahapanchayat, but a religious war of the farmers. He said that the farmers have been protesting for nine months for their three demands but no hearing is being held.
Earlier, in a panchayat held in Saranavali village of Muzaffarnagar, he had said that a person who denigrates and denigrates the farmers' movement does not deserve to be called a farmer. He said that during the agitation, efforts are being made to create mutual estrangement, but we have to forget our grievances and make the upcoming Mahapanchayat of September 5 a success. He said that the Gathwalas respect the Khap and those responsible.

Earlier, farmers' panchayat was held in village Lank of Shamli area of ​​Meerut. In this, a strategy was prepared to make the Mahapanchayat of the Kisan United Front to be held in Muzaffarnagar a success on 5th September. BKU President Chaudhary Naresh Tikait said that together we have to make the upcoming Mahapanchayat of September 5 a success. On the statement of Baba Rajendra Singh in the Panchayat held in village Kharar, he said that we trust and respect him. So much confidence that you can sign blank papers.

The Bharatiya Kisan Union has given full thrust for the Mahapanchayat of the United Kisan Morcha to be held in Muzaffarnagar on September 5. BKIU national spokesperson Rakesh Tikait is preparing on a war footing. Be it the matter of the farmers of Meerut-Delhi Expressway in Bhojpur or any other problem of the farmers. Rakesh Tikait is going everywhere raising the voice for the withdrawal of agricultural laws. Ompal Malik, in-charge of Meerut division, is also constantly in touch with BKU workers and officials. He is going from village to village seeking support from the farmers against the agricultural laws.

There will be no movement after this movement

Mahapanchayat is about the future of farmers. The farmer is sitting on a pile of gunpowder today. Therefore, forgetting the estrangement, discrimination, unite and make the Panchayat successful. He said that the farmers' movement is going on. If it is not successful then there will be no movement.

Seeing this video and photo of Katrina Kaif, who went to Russia with Salman Khan...