Mukesh Ambani has made a special plan to buy the information search and listings company Just Dial. According to sources, this deal can be finalized between $ 80 to 90 million. 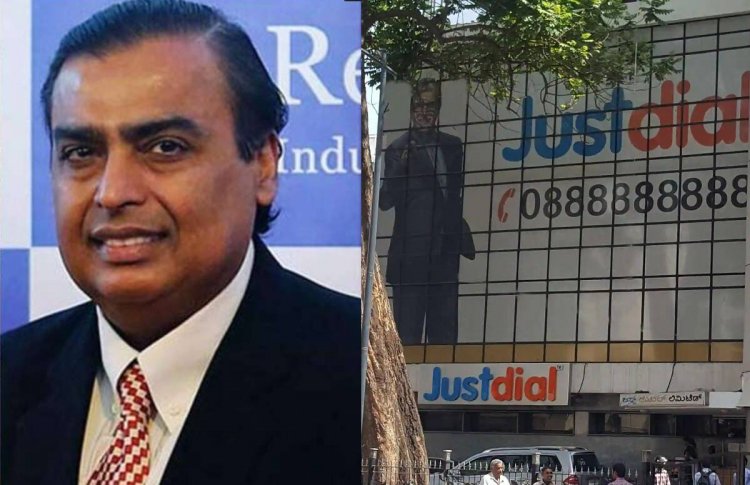 Mukesh Ambani is engaged in making new plans to strengthen his hold in the retail business. According to sources, Reliance may soon buy Just Dial. Talks are going on for this. The deal is expected to be between $80-900 million.

Reliance has already become the country's largest organized retailer while Just Dial is the market leader in the local search engine segment. It is said that talks were going on between Reliance and Just Dial since April, but recently it has increased. Shardul Amarchand Mangaldas & Co, Cyril Amarchand Mangaldas and Goldman Sachs have been appointed as advisors for the deal.

Managing Director VSS Mani and his family hold 35.5 percent stake in the company, with a current value of Rs 2387.9 crore. Reliance is planning to buy a partial stake from Mani. If the open offer is fully subscribed, Reliance will have more than 60 percent stake.

Justdial is a 25-year-old information search and listings company with a pan-India network. If this deal happens, then Reliance Retail will get the benefit of Just Dial's merchant database. Justdial's mobile, apps, website and 8888888888 telephone hotline have an average of 150 million unique visitors quarterly.

Just Dial was started in 1996 as a phone-based service. It used to be the market leader in Discovery then, but later its craze diminished with the advent of companies like Practo, Urban Company, BookMyShow, Zomato, Paytm and MakeMyTrip.

According to the ET report, Tata Sons had also tried to join hands with Just Dial sometime back. There was also a conversation between the two, but the matter got stuck going forward. In such a situation, Mukesh Ambani is seen cashing in on this opportunity.