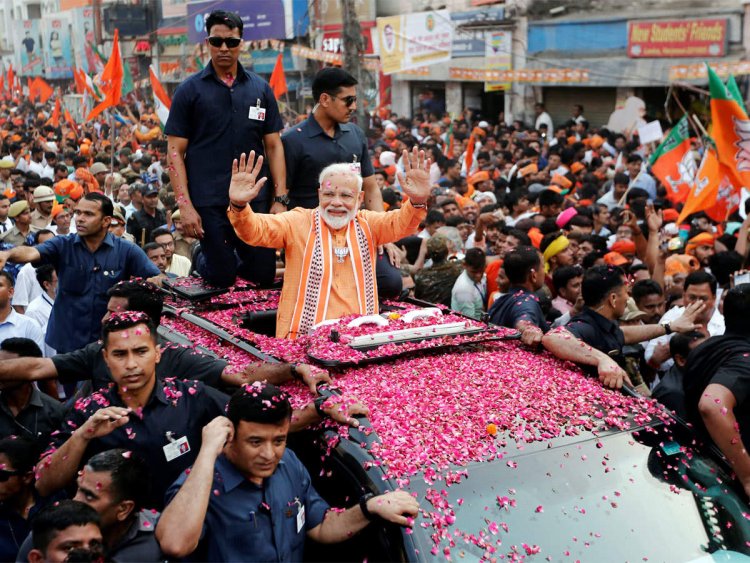 • Election dates can be announced in March

Prime Minister Narendra Modi will visit five electoral states in the next two weeks. He will inaugurate and lay the foundation stone for many projects. PM Modi will visit Kerala on 27 February, West Bengal on 28 February, Tamil Nadu on 1 March and Assam on 2 March. PM will hold a big public meeting on 7 March at the Brigade Grounds in Kolkata. The BJP has named it the Mega Rally, which aims to mobilize millions. On this day, the BJP's five Parivartan yatras being taken out for West Bengal will end. The Election Commission is likely to announce elections in five states in the first week of March.

In the beginning of this month, PM Modi visited Bengal in which he targeted fiercely on Mamata Banerjee. Modi said that the politics of Bengal is the biggest reason for her condition. Communism has reborn under the rule of Mamata Banerjee. PM Modi said, in the first year of Mamta's administration, it became clear that what Bengal has got is not a change, it is a rebirth of the Left, that too with interest. The rebirth of the Left means, the rebirth of corruption, crime and criminals, violence and attacks on democracy. This led to further increase in poverty in Bengal.

PM Modi said that today all industries, business, infrastructure, want change, they want modernity. But how many factories have the foundation or inaugurated by the government here in the last 10 years? What happened to that big steel plant which could not be started due to the chaotic arrangements here? Modi said that during the rule of Congress there was the dominance of corruption. Then the Left's rule lasted for a long time, with corruption, increasing atrocities and putting a break on development itself. In 2011, the entire nation had its eyes on Bengal. The shabby fort of violence and corruption of the Left was about to collapse. Mamta promised to bring modifications in Bengal and the public also trusted, but Bengal got nothing but the opposite of what the name 'Mamta' actually means.