Disputes appear to be resolved in Jordan's royal family. On Monday, former Crown Prince Hamzah signed a letter saying "I will remain committed to the Constitution of Jordan and I will always help and support the King and his Crown Prince". 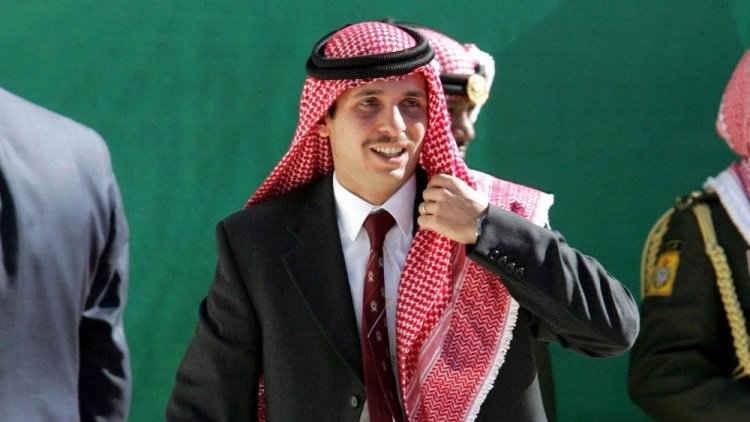 Disputes appear to be resolved in Jordan's royal family. On Monday, former Crown Prince Hamzah signed a letter saying, 'I will remain committed to the Constitution of Jordan and I will always help and support the King and his Crown Prince'. Hamza signed the letter after meeting King Hassan's uncle Prince Hassan.

The interests of the motherland should remain paramount

According to the letter, the interests of the motherland should remain paramount. We all should stand behind King in his efforts to protect Jordan and his national interests, although Prince Hamzah had earlier released an audio tape stating that security agencies were threatening him. But he would not obey their unacceptable orders. Hamza was under house arrest and sent his audio tape from there. Hamza was placed under house arrest on Saturday for challenging the power of King Abdullah.

Prince Hamzah had accused Jordan of increasing corruption and disrupting freedom of expression. King Abdullah and his loyalist class called it a conspiracy to occupy power and arrested about a dozen and a half people involved in it. On Saturday, Prince Hamzah's audio ran on the online media.

Prince Hamzah said- I do not want to stress

In this audio, Prince Hamzah said - I do not want stress. But I will not accept the unacceptable and impractical orders being given to myself. It is being said that do not tweet, do not interact with people. Only meet family members and no one else. I will not obey these things. Jordanian Foreign Minister Ayman Safadi accused Hamza of having some foreign element support, but the US, Western countries and Saudi Arabia remain with King Abdullah.

Ever since the news of the coup in Jordan, the discussion of this country has started happening all over the world. Officials said on Sunday that a former Crown Prince wanted to destabilize the Raj family with foreign help. It has been thwarted. On the other hand, this former Crown Prince contradicts the claim that he is being punished for being accused of corruption and disqualification. At the same time, the US and Arab governments have supported Shah Abdullah II of Jordan.

Could have caught the matter over the violation of human rights

Criticizing the ruling class without naming Prince Hamzah's Shah Abdullah could have raised the issue of growing complaints about misrule and human rights abuses in Jordan, but Shah's strong reaction to his stepbrother was under house arrest and By making serious allegations, it is clear to what extent he is willing to vent public dissatisfaction.

Google announced a big change, this app will block your phone

Vladimir Putin: Russia extended a hand of friendship to...

Heat Wave in US: America will be in the grip of severe...

New British Queen: Duchess of Cornwall Camilla will not...