Russia and China eye up : Kazakhstan

The government of Kazakhstan has been very cautious about its relations with China and Russia, and they are both large countries of the region, 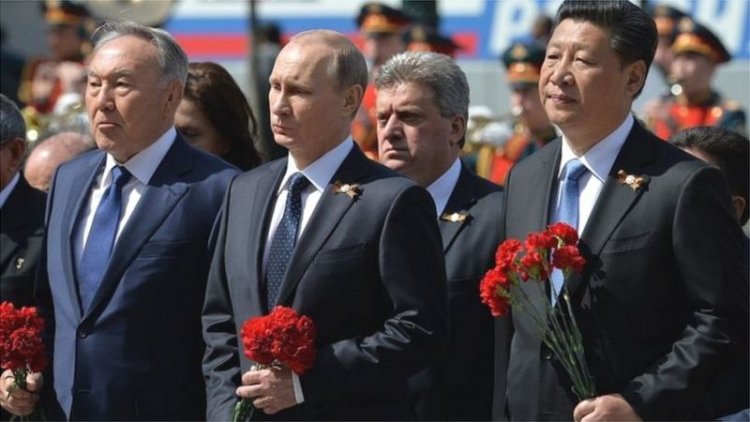 In recenty, the officials in Kazakhstan have starting lauding it's geographical sovereignty and integrity of the country. And they are loudly raising the right of citizens to protect their motherland.

Increasing patriotism among the people of the country is the main reason for raising their heads towards their major neighbors from Kazakhstan. Apart from this, in dealing with China and Russia, there is also increasing internal pressure on the government to take care of national interests.

However, patriotism fabricated statements from the government are aimed at appeasing the internal elements rather than responding to external forces.

Two members of the Russian Parliament, Uviche Slav Nikanif and Yavgani Fedorff, made a statement on the country's media in December. In which he said that Kazakhstan did not exist in the past and it should be merged with Russia.

The strong reaction from the government and elected members against the statements of Russian MPs was well appreciated in the local media and public circles.