Sapna Chaudhary's new Haryanvi song is making a blast, crores of views as soon as it is released.

Sapna Choudhary's song 'Chatak Matak' is getting a lot of praise from her fans. This latest song of Sapna is voiced by (Haryanvi Song) Renuka Panwar. 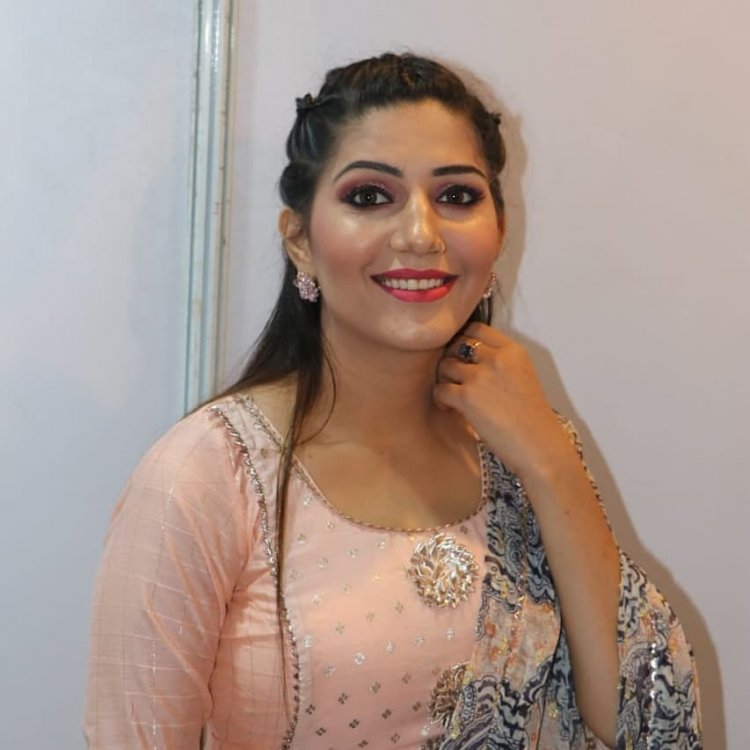 Haryanvi dance queen Sapna Choudhary has always been injuring fans with her songs. Fans like their every style very much. Now recently, a new Haryanvi song 'Chatak Matak' by Sapna Chaudhary has been released, which has rocked YouTube. This song of Sapna Chaudhary is being well liked among her fans. Sapna is seen in Haryanvi color in this song and her style is also being well liked among the audience.

Sapna Choudhary is seen in a Haryanvi dress and look in this song. This song is completely Desi style. The song was released on YouTube on 19 December and so far it has received millions of views. The song has received 23,416,346 views on YouTube and the trend of increasing views continues continuously. At the same time, the song has also got 260K likes.

Sapna Chaudhary's song 'Chatak Matak' is getting a lot of praise from her fans. Let me tell you, this latest song of Sapna Choudhary has been voiced by (Haryanvi Song) Renuka Panwar. At the same time its lyrics have been written by Bittu Sorkhi and music has been given by Gulshan Music. Sapna Chaudhary's fans on YouTube are praising her through comments. At the same time, many short videos have also gone viral on this song. Renuka's voice and Sapna Chaudhary's style are being appreciated in the song.
Haryanvi was seen in Bigg Boss after creating rage in films. His innings in Bigg Boss was uproar and he made a big bang in Bigg Boss. Soon after coming out of Bigg Boss, he got a job in Bhojpuri cinema. Sapna Chaudhary has now made her acting debut in Bollywood as well and her first film was 'Dosti Ke Side Effects'.