Krishdasi fame actress was pressurizing the religion to convert her husband, did not make it happen.

Preity Talreja (Preity Talreja) has also accused her husband Abhijeet Petkar of assault, conversion, physical and mental abuse. On social media, he has mentioned the domestic violence and assault on him. Khadkapada Welfare Police has registered a case against her husband on the complaint of Preity 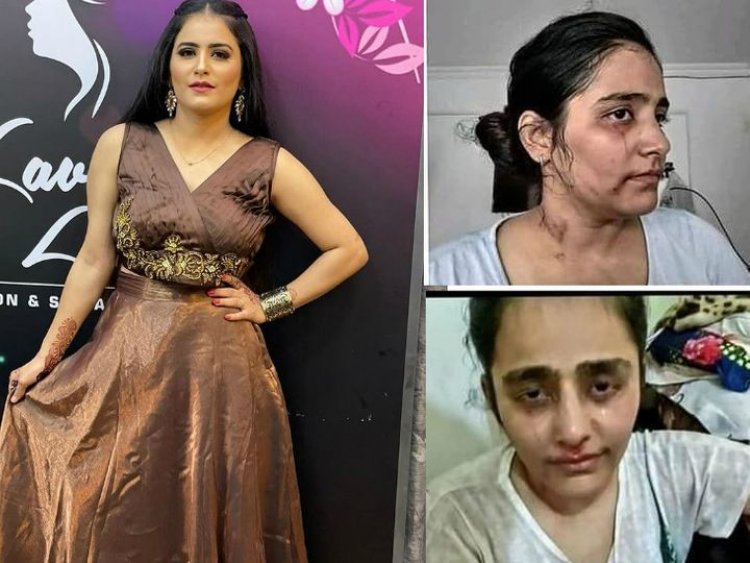 Preity Talreja, an actress in the TV industry, has lodged an FIR against her husband Abhijeet Petkar in the police. Preity has been continuously writing about her fight on social media. She had earlier approached the Mumbai Police with her complaint, but due to lack of hearing, she had tagged CM Uddhav Thackeray, PMO on social media and stated her objection.

Now Khadkapada Welfare Police has registered a case against her husband on the complaint of Preity. The copy of which was shared by Suman Hole.

This is the whole case

Preity married Abhijeet Petkar, a gym owner, 3 years ago. For the past few days, Priti has been continuously seeking social media posts from Maharashtra government, police and others for help in this matter. In her posts, Priti has mentioned that her husband Abhijeet is Muslim and both were married in the mosque. He was not given a certificate from the mosque under the Muslim Law. Now Abhijeet attacks Preity by asking her to change her religion. 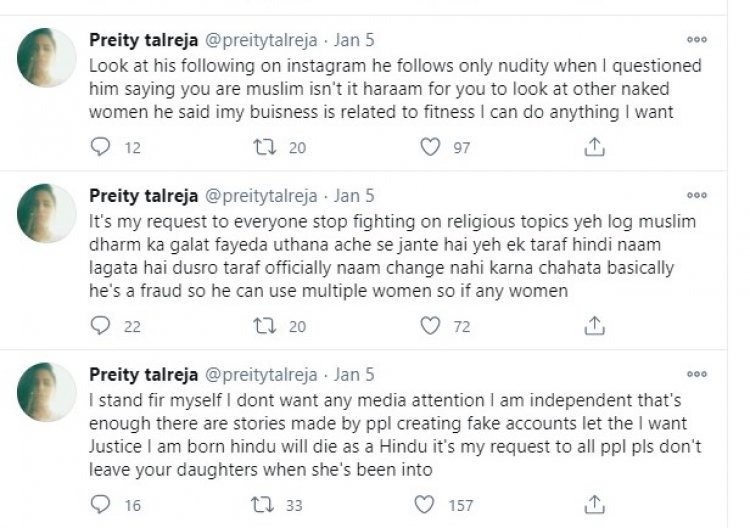 Many pictures of Preity are available on social media, showing signs of assault on her face. However, in this case Pretty has written many things on social media.

In a post, Preity has written that her husband Abhijeet has said that she is a Muslim. But he does not have any documents of conversion. He still writes his name in legal documents Abhijeet Petkar. He has been cheating on me in the name of love for 3 years. Is it a mistake to love or trust someone for a better future?

Sapna Chaudhary's new Haryanvi song is making a blast, crores of views as soon as...