Tokyo Olympic 2020: After the victory of the hockey team, tears spilled from the eyes of the former captain, said - get ready for the competition

Tokyo Olympics 2020: India last made it to the semi-finals of the Olympics in 1972 Munich Games. Where he lost 0-2 to his tough rivals Pakistan. 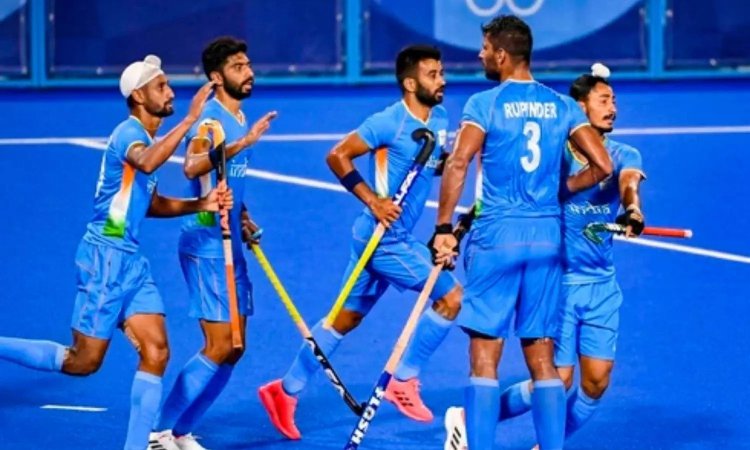 The Indian men's hockey team defeated Great Britain 2-1 at the Tokyo Olympic Games 2020 to make it to the Olympic Final Four for the first time since 1972. Former India hockey captain Viren Rasquinha became emotional after the victory of the Indian team which reached the top four after 41 years. He sent messages of congratulation to the Indian team that created history. The Indian team under the coach of Graham Reid coach is dominating from the group stage itself. However, he had to face defeat against Australia. Apart from this, he has won four out of the five matches played so far.

Tears of joy in my eyes

Viren Rasquinha wrote on Twitter after the victory of the hockey team- “Greatest moment for Indian hockey since 1980 gold medal in Moscow Olympics. I am very proud of the team. Congratulations boys. I have tears of joy in my eyes. Thank you for what you guys are doing in Tokyo."

Viren Rasquinha wrote in his second tweet- “To win the Olympic quarterfinals, it takes hunger, fire and desire. Our men's hockey team showed it all. We are proud of our warriors. Now get ready to compete with Belgium. The whole country would be watching and cheering."

India will face Belgium in the semi-finals

India last made it to the semi-finals of the Olympics in 1972 Munich Games. Where he lost 0-2 to his tough rivals Pakistan. India will take on world champions Belgium in the semi-finals on Tuesday. Belgium defeated Spain 3-1 in the quarter-finals to secure their place in the last four. The second semi-final of men's hockey will be played between Australia and Germany.

Tanima Singhal : Dr on a mission to help mothers.

Inside Story of Australian Cricket! Ricky Ponting was hanging...