US: A 12-year-old girl studying in the sixth class rained school bullets, three people, including two students, were injured.

Sheriff Steve Anderson of Jefferson County said, the girl pulled out a handgun from her bag and fired several rounds inside and outside the school. 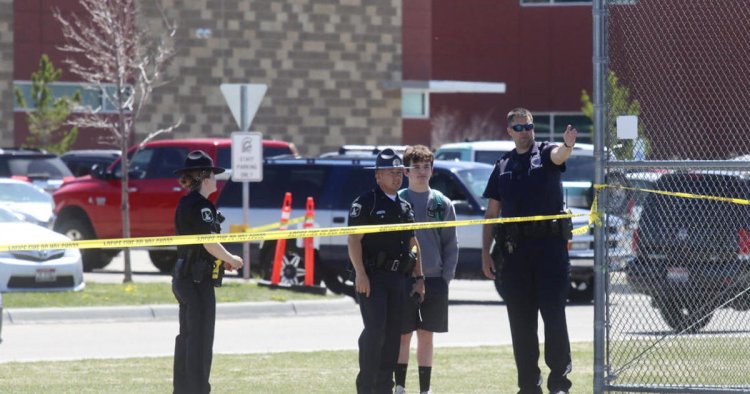 Sheriff Steve Anderson of Jefferson County said, the girl pulled out a handgun from her bag and fired several rounds inside and outside the school. He said, among the three people who have been fired, two students and one staff member are there. However, there is no threat to their lives due to the injury of these people. Anderson told the press conference that during the shootout, a teacher bravely snatched the gun from the student's hand and controlled it. After this, the police took the girl in her custody.

The shooting incident is being investigated by the local law enforcement agencies as well as the FBI. In recent weeks, there have been many firing incidents in America. This includes the firing incident at the FedEx facility in Indianapolis, an office building in California, a store in Colorado and several spas in Atlanta. According to the 'Gun Violence Archive', there were 43,000 gun-related deaths in the US last year, including suicide cases.

US President Joe Biden declared the growing gun violence in the country to be an epidemic and an international embarrassment. He outlined steps to regularize indigenous weapons and pressurized Parliament to reapply the long-standing restrictions on weapons used in the attack. Biden said that whether or not Congress takes action, he will take all measures under his control as president to protect the American people from gun violence. He said that members of Parliament gave many views and expressed their desire. But he did not pass a single new federal law to reduce gun violence.