US Violence: High alert in all 50 states of the US, security of states tightened amidst fear of violence, Washtenan DC converted into cantonment.

Before Biden's swearing-in ceremony, all 50 states of the US have been put on high alert. Security has been tightened in all states amid fears of violence. In the wake of the riots, troops of the National Guard from across the country have been sent to Washington. 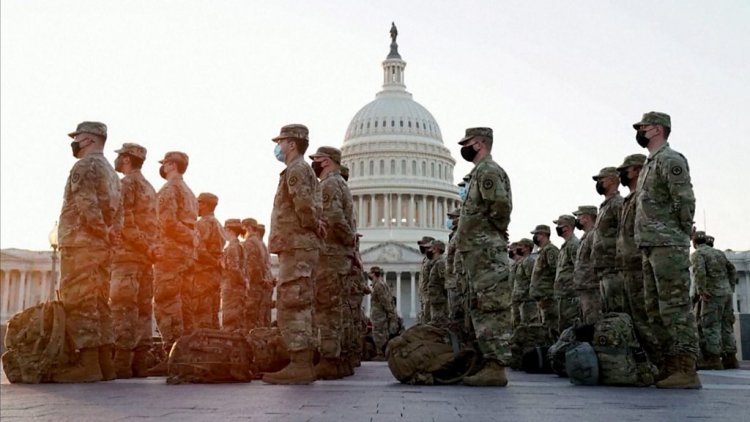 All 50 states in the US have been put on high alert amid Trump troop threats in the US on January 17 and threats of a march to Washington DC. Security has been tightened in all states including Columbia DC prior to the swearing-in ceremony of newly elected President Joe Biden. In the wake of the January 6 riots, troops of the National Guard from across the country have been sent to Washington. Columbia DC has been converted into a cantonment. Significantly, on January 20, here is the swearing-in ceremony of the newly elected President of America, Joe Biden.

US security agency FBI has warned of possible armed marches by Trump supporters and protesters in all 50 state capitals. The National Mall in DC has been closed as a precautionary measure. Security arrangements are being made. According to the news agency Reuters, there will be a number of security arrangements at Biden's swearing-in ceremony. Security has been kept under check to ensure that there is no ruckus or disturbance from the supporters of Trump. Fencing, fencing, and all arrangements have been made around the capital building.

Barricading is being done on the streets of the capital amid tight security. On the other hand, Biden's team has already urged citizens to avoid traveling to the capital due to Corona Mahamari. Local authorities have appealed people to watch the ceremony from their homes.

In America, called the world's oldest democracy, for the first time something happened for power, which the world saw. A joint session of parliament was called on 6 January to seal the victory of Democratic Party candidate Joe Biden, who was elected in the last three November presidential elections. In this meeting, the formalities to seal Biden's victory were completed.

Meanwhile, thousands of Trump supporters stormed the Parliament and broke into the security system and entered hundreds of premises. Frantically vandalized the premises and opened fire. Due to this unprecedented violence, a stampede occurred in the Parliament complex and MPs hid here and there to save their lives. Four people were killed and several others were injured, including 14 police officers, in a clash with police. The police have arrested 52 people. The Parliament complex was occupied by Trump supporters for nearly four hours.

Health system collapsed in America due to Omicron infection,...

China is not preparing for military exercises, Taiwan puts... 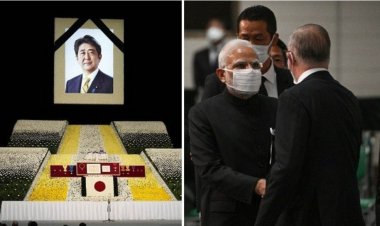 There is a lot of protest in the country regarding the funeral of former Japanese...