10 people have died in a shooting in the US state of California. Eyewitnesses say the assailant had a machine gun. An officer said an assailant opened fire on Garvey Avenue in Monterey Park. 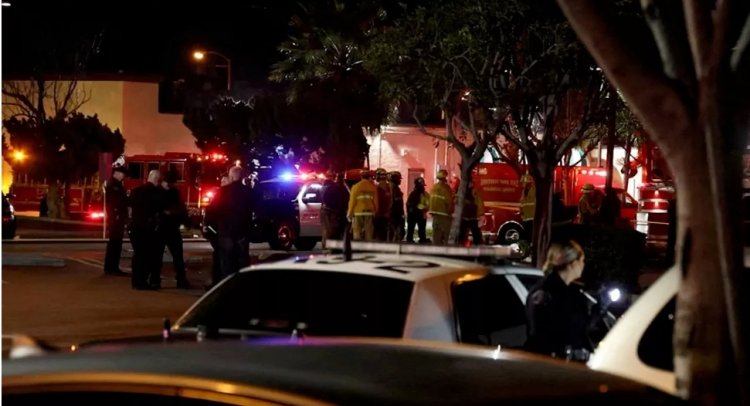 Ten people were killed in a late night shooting from Los Angeles in the US state of California. While many people are feared to be injured. At present, the police is engaged in the investigation of the case. Where did the firing happen? What do the police officers have to say? Similar questions must be running in your mind as well. In such a situation, through this story, you people will get answers to the questions.

Understand the whole incident of firing in 10 points

Chinese Lunar New Year celebrations were being held in Monterey Park in Los Angeles on Saturday, where an assailant opened fire indiscriminately.

The report quoted law enforcement sources and eyewitnesses as saying that shots were fired near the venue around 10 p.m. local time.

10 people died in the incident of indiscriminate firing. While many were injured. After which the injured were taken to the hospital. However, the police are not even able to give the exact number of injured.

Seung Won Choi, a restaurant owner near the scene, said three people came into his restaurant and asked him to close the door. They had told that several rounds of bullets were also present with an attacker carrying a machine gun.

Thousands of people gathered on Saturday to mark the start of one of the biggest events, the Lunar New Year festival. Before the firing incident, people were enjoying Chinese food and were busy shopping for jewelry.

Videos circulating on social media showed police and fire departments on Garvey Avenue. Also, the victims are being treated.

Monterey Park, a city of 60,000 residents with a large Asian population, is located about 16 kilometers from downtown Los Angeles.

Police is probing the firing incident and several teams are on the lookout for the assailant.

America has been continuously battling with the incidents of firing and such incidents keep happening there. According to the US Arsenal statistics, there are approximately 390 million guns owned by US citizens. This report came out in the year 2022.

Maher Alkhawndi: The young entrepreneur and innovator revolutionizing the world ...

Who is Britain's Home Minister Priti Patel? With whose ...