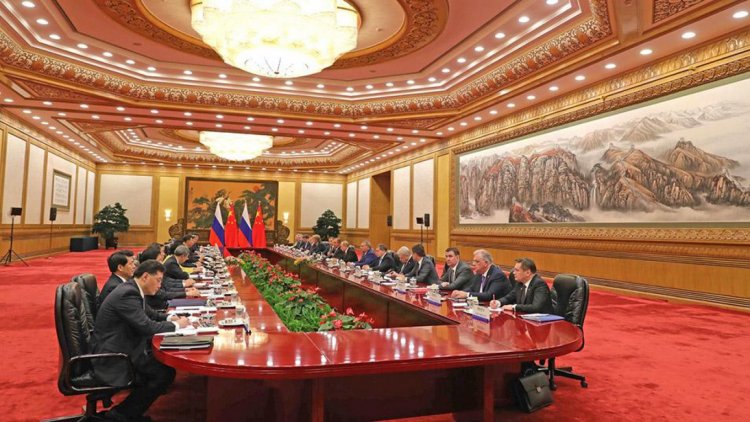 China and Russia have announced that they will build a common space station on the moon.Russia's space agency Rosskosmos has said it has signed an agreement with China's National Space Administration to develop research facilities on the lunar surface, in orbit, or both.According to the statement of the space agencies of both countries, this station will be available for the use of both countries.This announcement has been made at a time when Russia is celebrating the 60th anniversary of its manned space flight.

The two agencies said in a statement that the International Scientific Lunar Station will conduct a number of scientific research related to the discovery and use of the moon."China and Russia will use the experience gathered in space science, research and development, space equipment and space technology to jointly create a roadmap for the Lunar station."

It has also been said that both Russia and China will help each other in the planning, design, development and operation of the research station.Chen Lan, an analyst with China's space program, told news agency AFP that the project is a "big deal".It is important because it will be the largest international space cooperation project for China," he said. ''

In the world of space, China is considered to be a relatively late advancing country. But last December, its Chang A-5 was able to successfully bring stones and 'mud' from the moon. It was seen as a growing capability in China's space.At the same time, Russia and considered to be the leader in discovering the world of space, in recent years, China and America have left behind their activities. Russia has also lost this monopoly since SpaceX successfully sent astronauts to space last year.

America has announced a return to the moon by the year 2024. The name of this scheme is Artemis, in which a man and woman will land on the surface of the moon for the second time after the first human landing on the moon in 1972.

Parliamentary committee report : BSNL, which is continuously in loss, will return...

Pakistan and US Relation: After F-16, America sent 10 missions...

Australian Inflation: Due to rising inflation in Australia,...

US Economy: US economy shrank 0.9% in last quarter, country...