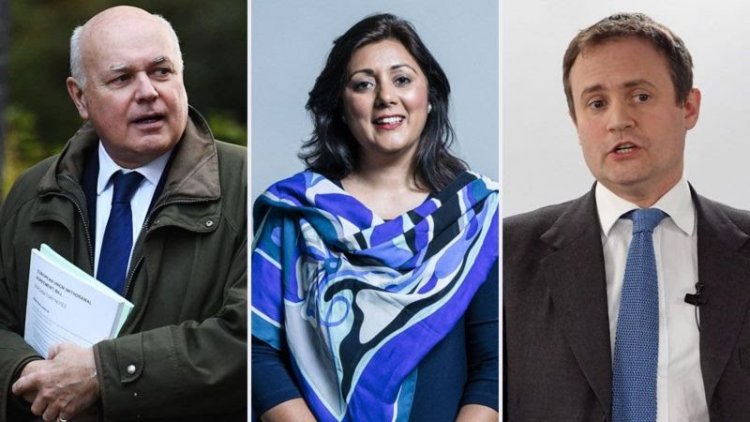 China has banned 9 people, including 5 UK MPs, for spreading 'lies and false information' about the country.

This is the group that constantly criticizes China.

China imposed these restrictions in protest against the steps taken by the British on the alleged human rights abuses of Uyghur Muslims.

Britain's Foreign Secretary said that if China wants to "dismiss claims", it will have to allow the United Nations to move to Xinjiang. The list of banned people includes former Conservative leader Sir Duncan Smith, a lawyer and a researcher.

'Ban Like Proud'
Sir Ian said that he would take this commitment "like pride". The European Union also took similar sanctions by taking steps against China. Along with this, Britain, America and Canada also took steps.

China has kept many Uyghur Muslims in Xinjiang province. It is alleged that they are being tortured, including sexual abuse. However, China has denied the allegations of atrocities and is calling the camps a "re-education" facility .

Researcher Dr. Smith Finlen, who has been banned, tweeted, "I have no regrets for speaking out,and I will not be be silenced."

He tweeted-
"It seems I am to be sanctioned by the PRC (Chinese) government for speaking the truth about the #Uyghur tragedy in #Xinjiang , and for having a conscience. Well, so be it. I have no regrets for speaking out, and I will not be silenced."

Britain's Foreign Secretary Daumnik Raib said, "When Britain is banning human rights violations in association with other countries of the world, China is banning its critics."

"If China wants to dismiss these allegations, then it should let the UN High Commissioner for Human Rights investigate the truth."

A spokesman for the Chinese Foreign Ministry said that Britain's decision to impose sanctions was "against international laws and the basic rules of international relations. This is to interfere in China's internal affairs and reduce the importance of Sino-UK relations."  . "

He said that the Chinese Foreign Ministry has summoned the UK ambassador "to present his favor, lodge a complaint and condemn it strongly".

From the time Britain imposed sanctions, China was waiting for the answer, but a retaliation was not required. It said that this will lead to worsen relations between the two countries than before.

So far, 500 protesters have been killed at the hands of...