China's threat, Taiwan is preparing to beef up its security, drones will be on target

Taiwan is very concerned about its security. This is the reason why emphasis has now been laid on taking new security measures through a bill. Through this, the system of security bases will be chalked out. 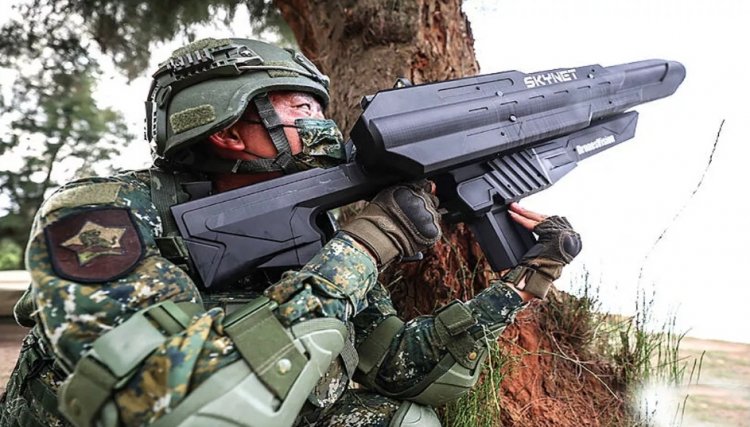 In view of the threat of China, Taiwan is trying to strengthen its security. As part of this effort, Taiwan has banned the flying of drones around security bases to chalk out the security of all military bases. Those who ignore this rule will be fined 300,000 Taiwan dollars. Taiwan has taken this decision in view of Chinese drones flying around security bases.

They have this offer

Democratic Progressive Party MPs Wang Ting Yu and Michele Lin say they have proposed it because the responsibility of protecting sensitive bases during military drills may be increased after an administrative order. One such order has already been passed legally. It can be changed only if there is any difference of opinion about it.

Many things have been mentioned in this draft, including patrolling, security measures, any compromise on security and ban on flying of civilian drones around security bases. Let us tell you that in recent times, the presence of drones has been seen many times around the security bases of Taiwan. Taiwan believes that these drones are being sent by China. Now the draft that has been presented will be discussed in the National Defense and Foreign Affairs Committee.

Security will be tight

Wang and Lin say that through this draft, the country's security can be chalked out and necessary action can also be taken. In this draft, apart from the President's residence, the security of the National Security Bureau has also been mentioned. After this draft is passed, no one will be able to go to military bases without permission. If this happens, a fine of 40,000 Taiwan dollars can be imposed on him. Under the first warning, he will be asked to leave the base immediately. If it is not followed, it can be fined up to 4 million Taiwan dollars. Similarly, flying drones around military bases and training areas will also be banned.

In this draft, the circumstances under which army personnel or security officers can use weapons have also been mentioned. Under this, the jawans will be able to use weapons only after the orders of the base commander. The security guard must first report any intruder to the base commander immediately. Through this draft, taking photographs of the base, preparing its map or sketch, recording will also be banned.

26/11 Mumbai Attack Anniversary: ​​What did the country learn from the Mumbai at...

Good news for Indian IT professionals, the ban on the i...

Ukraine is reaching the brink of starvation amid the wa...