Corona wreaks havoc in China, a large number of people may lose their lives due to infection

China Coronavirus Millions of people are traveling to visit their families during the Lunar New Year holiday in China. It is believed that a large number of people may lose their lives due to infection. 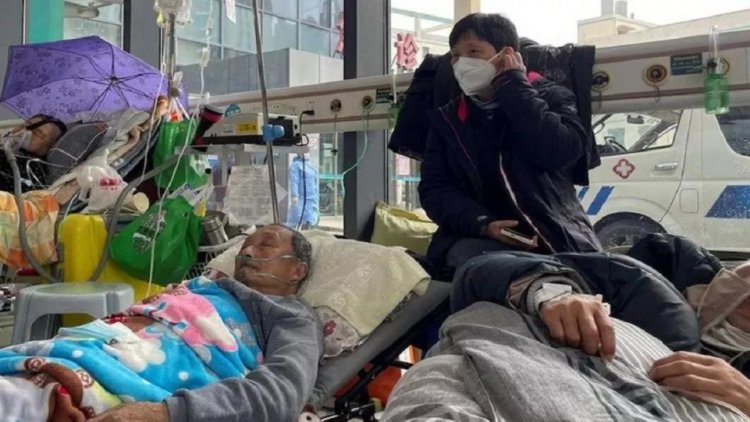 COVID death in China: Everyday a large number of people are dying due to the havoc of Coronavirus in China. Now the fiercest form of the virus has also come to the fore in Yangsi city. The 85-year-old father of Ailiya, a former high school teacher here, died of COVID-like symptoms. Ilya has expressed her displeasure against the government and the administration over her father's death. Although her father was never tested, both Ailiya and her mother were found positive at the same time. That's why he believes that Kovid was one of the reasons for his father's death.

Outrage among the people

Millions of people are traveling to visit their families in China for the Lunar New Year holiday that begins on January 21. This has increased the concern in the country. It is believed that a large number of people may lose their lives due to infection. China ended the policy of testing, travel ban and lockdown in December 2022 after three years due to heavy protests. After which the new wave of Corona especially targeted the elderly in the country. Many expressed their anger towards the government for its lack of preparedness to protect the elderly.

Impact on every family

Ilya, 56, said by phone that she, like all other Chinese, supported the reopening of the economy. His father died in late December, shortly after China lifted its Covid restrictions. He said that we wanted things to open, but should not open in this way. There is no need to open up the economy at the cost of the lives of so many elderly people who have had a huge impact on every family.

Lack of vaccination became a problem

China reported on Saturday that about 60,000 people have lost their lives in hospital from Kovid. But many international experts say that figure is inaccurate because it does not include people like Ailiya's father who died at home. A Chinese official said 90 percent of those who died were 65 or older, and the average age was 80. Inadequate vaccination among older people and short supply of medicines have led to such results.

People lost faith in the government

These people also complain to the government

And in the Chinese city of Wuhan, 33-year-old Leila Hong lost her grandparents and an uncle to Covid last month. Hong said that he is not saying that it is not good to reopen everything. But the government should have given more time for preparation. In addition, Zhang, a 66-year-old Beijing resident, said he had lost four people close to him to the virus since the beginning of December, including his 88-year-old aunt. Like others, he has criticized the government. He said that people did not get the opportunity to say goodbye to their dear ones. If we cannot live a good life, we should at least have a good death.

US: Donald Trump ready for 2024 US election, will start campaign from South Caro...

Iranian President appeals to the people for national un...

Canada: Vaccination will no longer be mandatory for ent...

Five people, including a girl, died in a shooting in Br...