Madhya Pradesh Politics Diggi Raja, the senior-most leader of Madhya Pradesh, Digvijay Singh, has sent a donation amount to the Prime Minister for the construction of Ram temple in Ayodhya, while the Sri Ram Janmabhoomi Tirthakshetra Trust has been set up for this work on the Supreme Court's order. 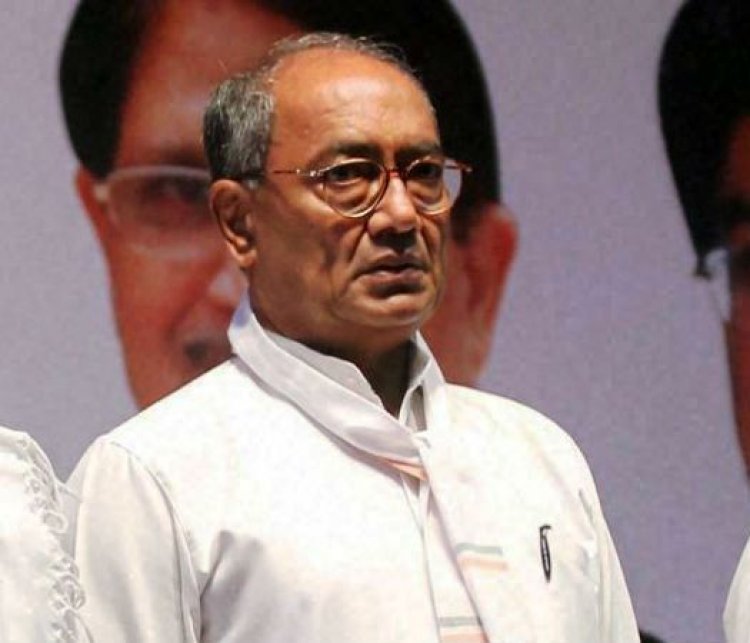 Diggi Raja i.e. the senior most leader of Madhya Pradesh Digvijay Singh. There are many such records in his personal and political life, which most leaders cannot even imagine. Diggi Raja is held responsible for many good and bad things in the regional and national politics of the Congress. He is quite old, but still remains very active every day and does something new in his own style. His latest act is to send a check of cooperation funds for the construction of Shri Ram Temple in Ayodhya to Prime Minister Narendra Modi's address instead of Shri Ram Temple Teerth Kshetra Trust.

Diggi Raja has been the Chief Minister of Madhya Pradesh and has played many important roles in the central organization of the Congress. It is not at all difficult for them to understand how ridiculous and ridiculous it is to send the support money for construction of Ram temple to the Prime Minister. Shri Ram Janmabhoomi Tirthakshetra Trust has been set up on the order of the Supreme Court for the construction of Shri Ram Temple. The cooperation amount received from all over the country is being deposited in this trust's account. Like ordinary devotees, lakhs of Congressmen are also depositing their support money in the account of this trust, but Diggi Raja should be Diggi Raja. Why should he think like a common man?

If he starts thinking like a common man, then what relevance will he have between the present condition of the Congress and his age-based circumstances himself? So Raja Saheb sent his check to the Prime Minister. They will have their own logic behind it, but the common man has his own questions on this act. The only question is why did such a senior leader of the party, who described Ram as a fictitious character, felt the need to cooperate in the construction of the Ram temple? There was not much time. Priyanka Gandhi went to Ayodhya to campaign during the 2019 Lok Sabha elections, but did not go to see Ramlala. Digvijay Singh is one of the leaders of the Congress who have accused the Bharatiya Janata Party of doing politics on the basis of religion. He has also described the Ram temple movement as politically motivated.

Congress workers of Madhya Pradesh are also raising the question that is it not politics to send a check of the amount of the construction of the temple by Diggi Raja to the Prime Minister? He will never accept this, but the common man does not wait for his confession. It is seen that Raja Saheb does not desist from doing negative politics even in the construction of Ram temple. When the leader of his height does such an act, the party also has to suffer. The Congress is already suffering a lot. Diggi Raja, knowingly and unknowingly, also cursed his future. The neutral people of Madhya Pradesh feel ashamed that the Congress leader of this state has coined a Hindu terrorism. Congress leaders here made the most derogatory remarks about saints and religious leaders of Sanatan Dharma. The party is also suffering from this, but leaders like Digvijay Singh are still not ready to learn all these lessons.

In the 2018 assembly elections, the Congress lost its remaining base by making false promises of debt waiver to the farmers. The party could start its atonement by sincerely cooperating in the construction of the Ram temple, but Raja Saheb snatched this opportunity with his smartness. With the cooperation of countrymen of every level, Ayodhya will become the world's grandest shrine in a few years, but in the history of its construction, the Congress will not see any contribution other than the low-level antics of leaders like Digvijay Singh.

When Diljit Dosanjh left the interview because of English, know the interesting...

THE BACKPENNING AWARDS declares THE TOP CHANGEMAKER OF...