Nitish Rajput tweeted about how destroying the towers won’t affect the Ambanis. 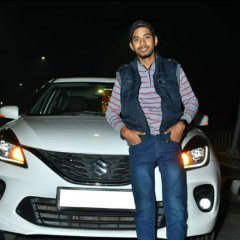 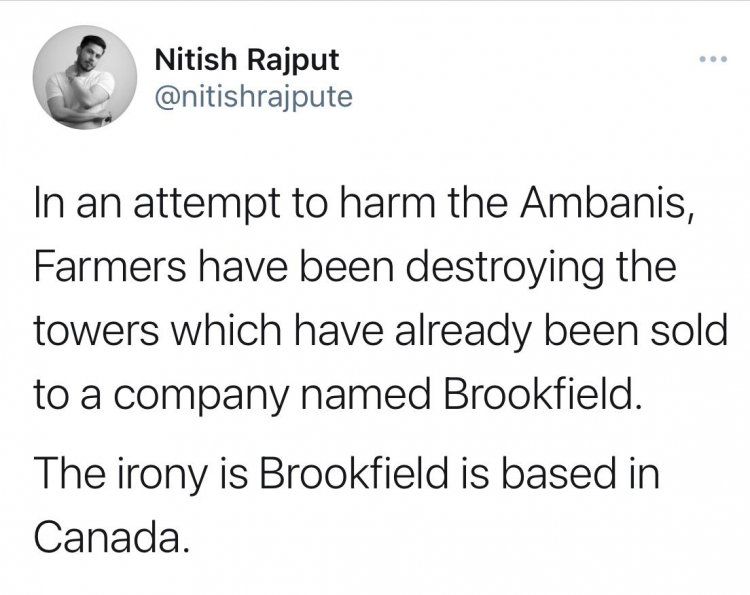 Nitish Rajput tweeted about how destroying the towers won’t affect the Ambanis. He says its owned by a Canadian company.

With a steady rise in the number of people online who put out information and opinions on current affairs, credibility and legitimacy have made Nitish stand apart from the works of his contemporaries.

By Friday evening, Nitish tweeted - “In an attempt to harm the Ambanis, Farmers have been destroying the towers which have already been sold to a company named Brookfield. The irony is Brookfield is based in Canada.”

The tweet comes the day after farmers started destroying the towers.

There is a significant impact of social media on a person's formation of opinions, ideas and outlook towards the nation and the world. More and more people are shifting from mainstream news sources to platforms like Instagram, Facebook and YouTube to enhance their knowledge and widen their perspectives. Social media activism has gained a rapid pace as well. In times like these, facts and information need to be disseminated with authenticity and reliability.
In a candid interview, he mentioned, "Nowadays it's common for people to be socially and politically aware and active. In fact, it's a good thing. The only problem/risk is that most of that activism is inspired by something that someone read online.

Famous bhajan singer Narendra Chanchal passed away, said goodbye to the world at...

Hello I’m Arjun Gupta 18 Years Old Founder & CEO At AN GROUP & At The Age Of 17 Years I Achieved The Tittle Of Youngest Serial Entrepreneur. Follow Me In Instagram To Keep Update With Me Username :- @arjun.gpta