Shah Rukh Khan shared a glimpse of his look from the sets of 'Pathan', said- 'So how will you stop Pathan….'

Bollywood King Shah Rukh Khan is currently shooting for the Spain schedule of his most awaited film Pathan with Deepika Padukone and John Abraham. Now on Saturday, he has shared his new look from the set on his Instagram account. 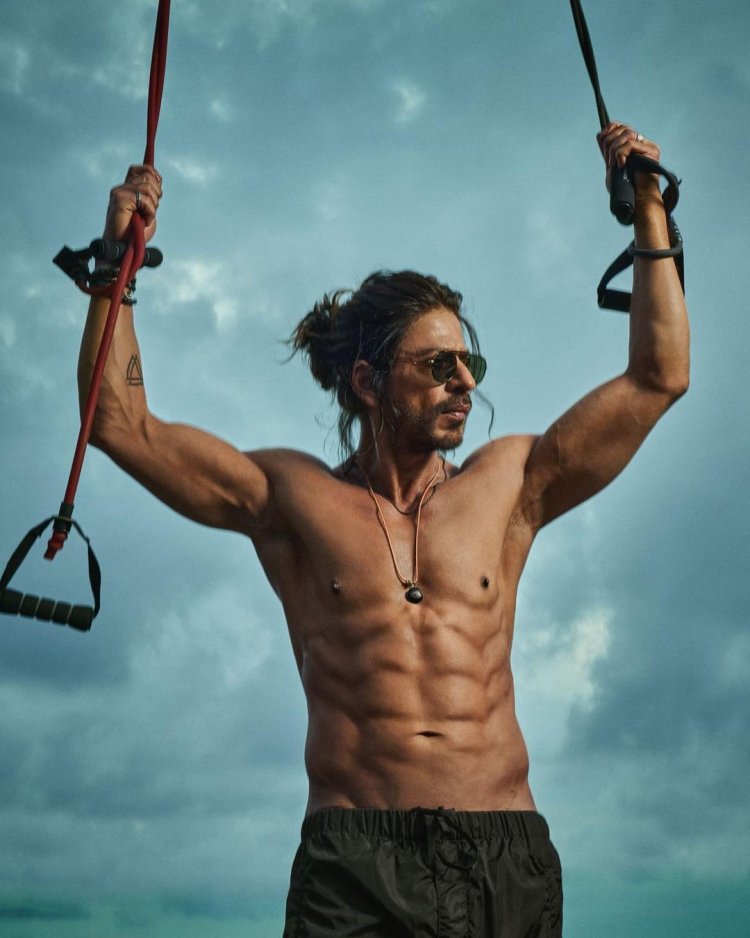 Bollywood King Shah Rukh Khan is currently shooting for the Spain schedule of his most awaited film Pathan, where many important parts and songs of the film are being shot. Now on Saturday, he has shared his new look from the set on his Instagram account.

It can be seen in the picture that Shah Rukh Khan is seen holding the rope with both his hands and is seen flaunting abs with his toned body. During this, he has also hampered his Mercy hair. Seeing this picture of the actor, the fans are looking very excited about Pathan's look and are eagerly waiting for the film.

Sharing this picture on Instagram, Shah Rukh Khan wrote the caption, Even if Shah Rukh stops a little, how will you stop Pathan….. will make apps and abs all…. can return home soon

At the same time, if many media reports are to be believed, the actor is shooting for the song with Deepika Padukone in Mallorca. It is also being claimed that he may soon return home after completing the shooting of Pathan's Spain schedule.

The film will release next year

At the same time, last month, Shah Rukh Khan announced the release date of the film by sharing the teaser video of Pathan on his official Twitter handle. Seeing which it is known that the actor is playing a patriotic inspired character in this film, who gives his life to the service of the country. Starring Shah Rukh Khan, John Abraham and Deepika Padukone, the film will release on January 25 next year on the occasion of Republic Day weekend.

Will return from 'Pathan' after a long time

Let us tell you, actor Shahrukh Khan is returning from 'Pathan' after almost 4 years in films. But he has not made an official announcement about his film yet. He was last seen on the big screen in the 2018 film 'Zero'. Katrina Kaif and Anushka Sharma have also played important roles with him in this film. Salman Khan has also made a cameo in this Shahrukh's film. The film is directed by Aanand L Rai. But this film could not show anything special at the box office.

Was Celina Jaitley about to join Raj Kundra's Hotshots...