US: Migrants were trying to enter illegally, 2 died due to drowning in the sea, many missing

Officials have not yet given information about where all the migrants belong and how many people were on the boat in total. 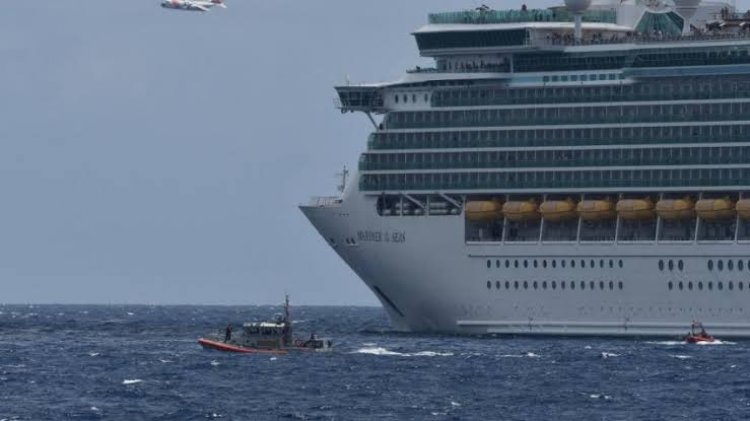 Two people on board have died after a yacht sank off the coast of 'Key Largo' in Florida, US.  While five others have gone missing.  It is being told that there were more than a dozen migrants on this boat, who were trying to enter the US illegally.  The US Coast Guard issued a release on Friday night saying that a total of 15 people were present in the boat, out of which 8 have been rescued.  At present, it is not clear from which country these migrants originally belonged.

According to the release, the news of a boat capsizing about 23 km south of Sugarloaf Key reached the Coast Guard at 10 am on Friday.  The Coast Guard said the Royal Caribbean cruise ship 'Mariner of the Seas' saved eight people from drowning at sea.  Rear Admiral Brendan McPherson, commander of the 7th Coast Guard District, said: "The search is on for those missing in the tragic accident."  This incident illustrates the dangers faced by migrants trying to enter the US illegally by sea.

More than 100 people feared to be aboard

Meanwhile, the Coast Guard said, "The boat is believed to be carrying more than 100 migrants on Saturday afternoon." Officials said the boat was spotted near the gated community of Ocean Reef off the coast of 'Key Largo'  went.  According to officials, the rescue team removed the people from the boat and sent them to Coast Guard ships.  The Coast Guard said that some migrants had gone to sea without life jackets.  Efforts are being made to save them.

Officials have not yet given information about where all the migrants belong and how many people were on the boat in total.  Some pictures related to this incident have also come to the fore, which have been taken from the WPLG-TV helicopter.  It can be seen in the pictures that dozens of migrants are sitting on the grass on the beach, who have been given blankets and towels.

Amber Heard is in love with pie! Adult film offer received to pay off debt

Al-Zawahiri Death: America alerted after the death of A...