Amitabh Bachchan trolled Ajay Devgan by calling him a rule breaker, then the actor gave such an answer to Big B

Meanwhile, Amitabh Bachchan, who is active on social media, was seen making fun of Ajay Devgan by tweeting an old picture of him. But Ayaz Devgan also did not back down and gave a funny reply to this tweet of Shahenshah and took his revenge. 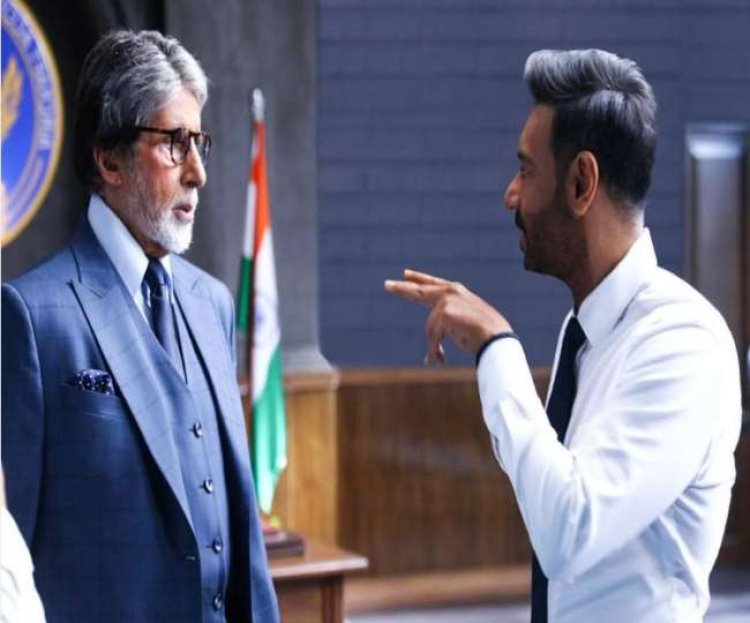 These days Amitabh Bachchan and Ajay Devgan are in the headlines for their upcoming film 'Runway 34'. The new poster of the film was released on the same day itself. In which both the actors are seen in strong looks. Meanwhile, Amitabh Bachchan, who is active on social media, was seen making fun of Ajay Devgan by tweeting an old picture of him. But Ayaz Devgan also did not back down and gave a funny reply to this tweet of Shahenshah and took his revenge.

Actually, on Saturday, Amitabh Bachchan shared a photo of Ajay Devgan from his film 'Phool Aur Kante', in which he is seen standing between two bikes and balancing. Sharing the photo, Amitabh Bachchan called Ajay a 'rule breaker' in the caption and was seen trolling him. Big B wrote in the caption along with the picture- 'Sir ji his record is to break the rules. Ajay Devgan has been found guilty red-handed. What will you answer now?

Ajay replied to this tweet of Amitabh Bachchan in a very funny way and was seen impressing people with his sense of humour. Ajay shared a picture of Amitabh Bachchan and Dharmendra from their iconic film 'Sholay', in which he is riding a bike and Dharmendra is playing harmonica sitting on his shoulder. This picture was taken by Ajay from Sholay's famous song 'Yeh Dosti Hum Nahi Todenge'. While sharing the photo, Ajay Devgan teased Amitabh and wrote – 'Sir, you are saying this.'

This funny conversation going on on Twitter between Amitabh and Ajay entertained the netizens a lot. Even actor Abhishek Bachchan could not stop laughing and commenting, he wrote - 'Hahaha... this joke is brilliant. are on top.

Let us tell you that Rakulpreet Singh is also in an important role along with Amitabh Bachchan and Ajay Devgan in Runway 34. Which will be released on April 29, 2022, on the occasion of Eid.

Tiktok's boom around the world, Twitter and Snapchat left behind, YouTube's concerns...

Akshay Kumar shares this special picture on the 20th wedding...