CBI raids Manish Sisodia's house He has tweeted this information. Along with this, he has also targeted the government. "In our country, one who does good work is similarly harassed. 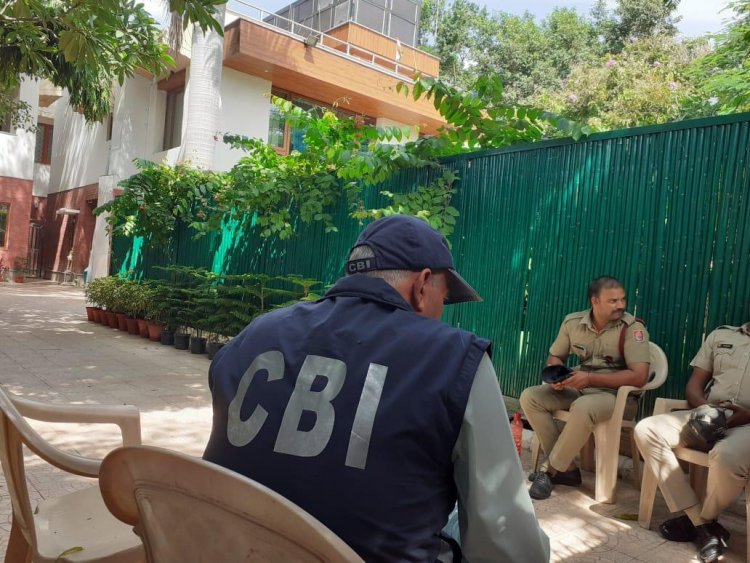 Delhi Deputy CM Manish Sisodia tweeted that the CBI has come, which is welcome. We are staunchly honest. They are building the future of millions of children. It is very unfortunate that the one who does good work in our country is similarly harassed. That is why our country has not yet become number-1.

Manish Sisodia said that these people are upset with Delhi's excellent work of education and health. That is why the Health Minister and Education Minister of Delhi have been arrested. So that the good works of education health can be stopped. Sisodia said that both of us have false allegations. The truth will come out in court.

Whoever tried a good deed in 75 years was stopped On the action of CBI, Delhi CM Arvind Kejriwal said that the whole world is discussing the education and health model of Delhi. They (Central government) want to stop this. That is why raids and arrests are being made on the Health and Education Ministers of Delhi. Whoever tried to do good work in 75 years was stopped. That's why India was left behind.

There have been many investigations and raids in the past.

Cm Kejriwal said that we will not allow the good work of Delhi to stop. The day the front page of NYT, america's largest newspaper, praised the Delhi education model and printed a picture of Manish Sisodia, the Centre sent the CBI to Manish's house. Like Sisodia, Kejriwal also said the CBI was welcome. Will fully cooperate. There were many investigations and raids in the past but nothing came out. Nothing will come out yet.

Mia Khalifa looked like this before! Then reduced the weight of 22 kg from this...