China vs US: China's dangerous submarine in front of America in South China Sea, dragon enraged on US delegation in Taiwan

China has dropped a dangerous weapon into the sea to sink America's aircraft carrier. Earlier, after Nancy's visit to Taiwan, China reacted strongly and deployed dangerous missiles, warships and many warplanes on the Taiwan border. 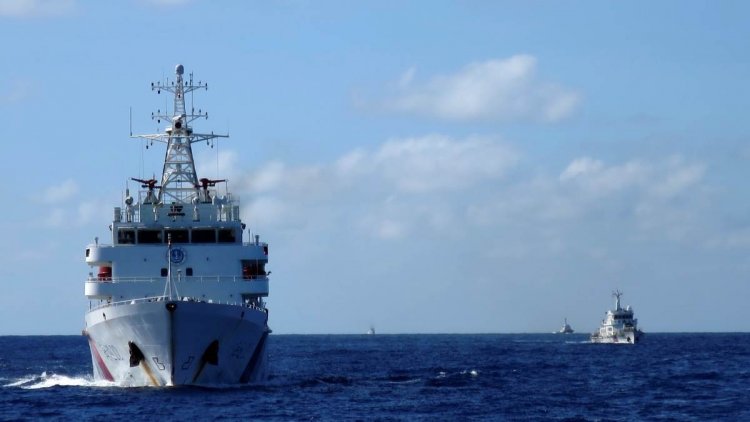 China has been badly shaken after a delegation of US lawmakers arrived in Taiwan after Nancy Pelosi. China has dropped a dangerous weapon into the sea to sink America's aircraft carrier. Earlier, after Nancy's visit to Taiwan, China reacted strongly and deployed dangerous missiles, warships and many war planes on the Taiwan border. Now it will be interesting to see what strategy China adopts. Is he really in an aggressive mood? Can he attack a US ship against it?

What's the matter after all

The American Institute reported that the five-member team is being led by Democratic Sen. Ed Markey of Massachusetts. The two-day visiting delegation will meet senior Taiwanese leaders to discuss US-Taiwan relations, regional security, trade, investment and other issues, the institute said. Taiwan's presidential office has said that the US delegation will meet with Tsai Ing-Wen. Let us inform that after the visit of US Congress President Nancy Pelosi to Taiwan, America has sent a delegation to Taiwan. This move of America can deepen the tension with China. China seems to be in a very aggressive mood after Nancy's visit to Taiwan. He has conducted military exercises in the Straits of Taiwan. Many Chinese missiles have fallen in Taiwan and Japan. This was strongly opposed by America.

China made the mistake of considering the Biden administration as weak

Foreign affairs expert Prof Harsh V Pant says that America sent Nancy to Taiwan despite all the opposition from China and the threat of war. After this, China has now understood that America is committed to the security of Taiwan. China's enthusiasm was heightened after the withdrawal of American troops from Afghanistan and the Russia-Ukraine war. China was making the mistake of considering the Biden administration as weak, but China has faced a lot of embarrassment on the diplomatic front over Nancy's visit to Taiwan. Now China is not using the same language as it did during Nancy's visit. He said that after Nancy's visit, there has been a change in the diplomacy of China and America regarding Taiwan. China was constantly taking America's litmus test on how sensitive America is about Taiwan.

"It Ain't Winning If Without You", No. 1 Poetry Book On Amazon

Mumbai Power Grid: Cyber Attack ? How does China do cyber...

YouTube: Thousands of people fell victim to this beautiful...