Nine people, including four children, were killed when part of a five-story apartment building collapsed on Russia's Pacific island of Sakhalin. At the same time, one person is still missing and his search is on. 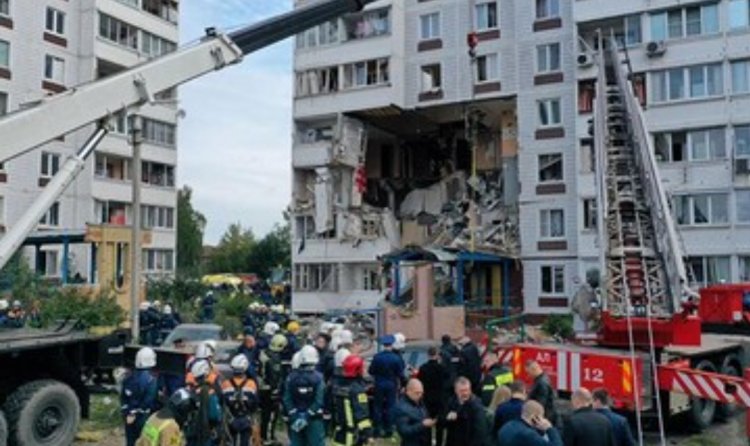 Part of a five-story apartment building collapsed on Russia's Pacific island of Sakhalin, killing nine people, including four children, after being buried under the debris. At the same time, one person is still missing and his search is on. The governor informed about this incident on Saturday.

Part of a five-story building in village of Tymovskoye collapsed after a gas cylinder exploded in an apartment at 5:30 a.m. Moscow time, officials said.

Meanwhile, Sakhalin government Valery Limarenko wrote in a telegram that rescuers are searching for other victims under the rubble. Some of the 33 people living in the building were untraceable, he said.

The tASS news agency quoted a source in the emergency services as saying that a 20-liter gas cylinder had exploded, causing part of the apartment to collapse. At the same time, the Investigative Committee of Russia said that it is investigating the causes of the disaster.

According to Limarenko, residents affected by the explosion have been offered temporary shelter and families who lost their homes will be paid 500,000 rubles ($8,217). He said relatives of those killed were expected to receive 1 million rubles ($16,434).

Keep these things in mind while taking gas cylinder

- Always buy gas cylinder from an authorised seller only.

- After buying the cylinder or at the time of delivery, check the company's seal, safety cap thoroughly

- If there is no seal and cap with the name of the company on the cylinder then do not take the cylinder at all.

- Do check the expiry date. Do not forget to take the receipt at the time of delivery.

International Men's Day 2022: started from November 19, know its importance, the...

China COVID: 60 thousand deaths due to corona in China!...

Rouble vs Dollar: Due to sanctions, the condition of th...