IND VS ENG: Virat Kohli, who rages when Root gets another chance, quarrels with umpire in live match

The second Test match being played between Team India and England (IND VS ENG) seems to be completely named after the Indian team. The match has reached its last turn and the Indian players are trying to win it and make the series 1-1. 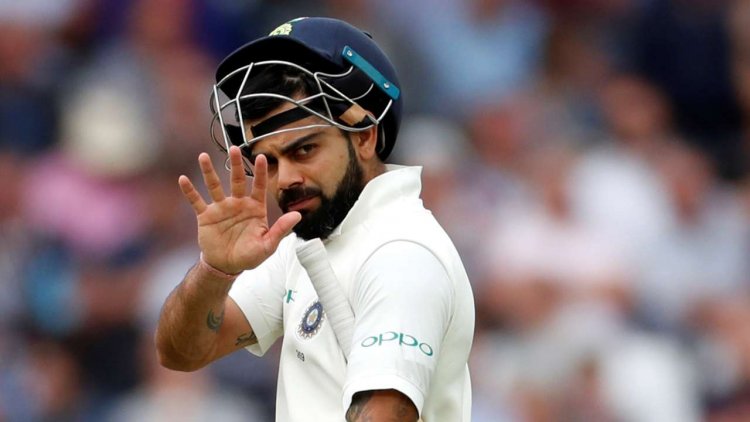 India vs England 2nd Test: On the third day of the match, Virat Kohli clashed with umpire Nitin Menon on the field. Joe Root was out in the last over of the day, but due to the umpires' call, Root got was declared not out.

Root gets life due to umpires call

New Delhi: The second Test match being played between Team India and England (IND VS ENG) seems to be completely named after the Indian team. The match has reached its last turn and the Indian players are trying to win it and make the series 1-1.

Team India's position was getting stronger on the third day of the match, but something happened on the field that surprised everyone.

On the third day of the second match being played at the MA Chidambaram Stadium in Chennai, India's position could have been stronger but Joe Root got the life due to field umpire Nitin Menon on the ball of Axar Patel. On the very first ball of the last over of the day, there was a strong appeal against Root on the ball of Akshar Patel and Virat used DRS when the umpire gave a not out.

Virat Kohli got angry after seeing this and looked quite angry. After the decision of the third umpire, Virat reached the onfield umpire Menon and there was a debate between the two. The video of this incident is getting viral very fastly on social media.

Team India on the way to victory

England's second innings has been shattered in response to Team India's target of 482 runs. In the second innings, England lost 3 wickets for 53 runs. India is 7 wickets away from winning the Chennai Test. Earlier, with the help of Ravichandran Ashwin's (106) century and captain Virat Kohli's (62) half-century innings, India scored 286 runs in their second innings, aiming for 482 runs to win in front of England. India had scored 329 runs in the first innings and they had taken a lead of 195 runs, including England for 134 runs in their first innings.

Night curfew extended in four cities of Gujarat, ban will remain in force till 28...

IND vs AUS T20: Big blow to Australia ahead of India tour,...