Kevin O'Brien Retirement: Ireland's cricketer, who scored the fastest century in the World Cup, retired, ICC said - the end of an era 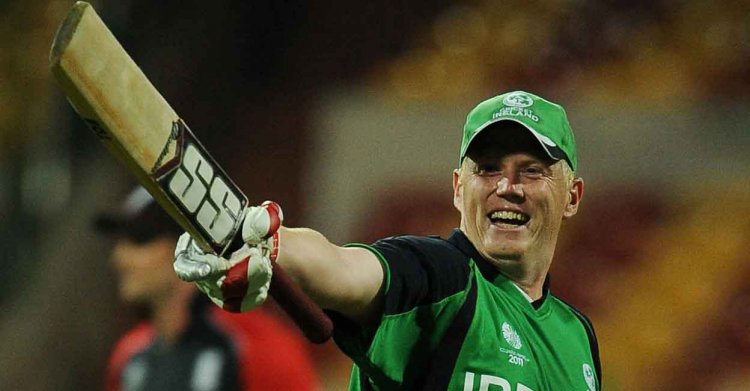 Kevin O'Brien Retirement: One of Ireland's greatest cricketers, Kevin O'Brien has retired from international cricket. The 38-year-old star all-rounder informed about his decision by sharing a post on his Twitter account. He wrote in his post that he is retiring from his career of 16 years. He expressed his disappointment over the team management's decision, saying that he wanted to do so after playing in the upcoming T20 World Cup in Australia, but decided to end his career after being ignored by the selectors for the past one year.

Kevin O'Brien made his debut for Ireland in 2006 at the age of 22. Since then he has been an important part of the team. O'Brien was instrumental in getting the team out of the list of Associate Countries to Test country status. O'Brien made many achievements during his international career. O'Brien holds the world record for the fastest century in the history of the ICC ODI World Cup. He scored a 50-ball century against England in 2011 and played match-winning innings of 113 runs.

The end of an era ☘️

An Irish legend and @CricketWorldCup record holder has called time on an illustrious career ????

Talking about O'Brien's international career, he played a total of 266 matches in all three formats. During this, he scored 5850 runs with the help of four centuries and also took 172 wickets in the bowling. He remained the highest wicket-taker for Ireland in the ODI format with 114 wickets.

There are many records in the name of Kevin. In this, apart from scoring the fastest century in the World Cup, he is the player to score the first Test century for Ireland. He scored a century in Ireland's first Test match against Pakistan in May 2018.

The century innings played by this star cricketer of Ireland against England is still very special. He scored a century in just 50 balls in the 2011 World Cup match against England in Bangalore. Batting at number six, he scored 113 runs in 63 balls and hit 13 fours and six sixes during his century. Thanks to his historic innings, Ireland made a big upset by achieving England's target of 328 runs in 49.1 overs.

Plant Based Meat: What is 'Vegetarian Meat', How Good for Your Health? Know the...