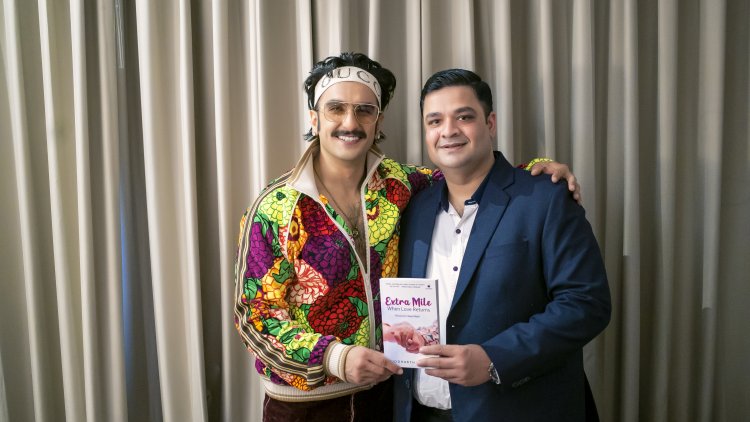 The novel ‘Extra Mile: When Love Returns’ is an accomplished debut exploring the unexpected turns of life that ultimately determine one’s destiny in the choices of love. The unconventional love story delves on the bond shared by the protagonists who are willing to travel the extra mile for keeping the love alive.

The book is already making a buzz amongst the Bollywood circle. Actor Suniel Shetty, who has written the Foreword of the book, has found the gullibility of characters in the love story interesting. Noted filmmaker Subhash Ghai talking about the storyline said, 'This novel comes with a funny, interesting and realistic narrative of a modern-day love story. A nice read indeed.”

Siddharth Jaiswal quoted, 'A friend of mine told me his story and I decided on narrating it to the world. This is not because of my desire of becoming a novelist but because of the message of love that his story had for both the married and the unmarried people. It's good to be in love but it's beautiful to be loyal once you are married."

Siddharth Jaiswal is an officer in the Indian Revenue Service, presently posted as Deputy Commissioner with the Government of India. He is an IIT-Delhi alumnus, having done his B. Tech in Production and Industrial Engineering in 2006.

Prior to working with the government, he has worked in the private sector in software and equity research industries. In his free time Siddharth likes to play cricket, watch Hindi films, enjoy stand-up comedy and write film reviews. He lives with his wife Dr. Yavika and
children Saanvi and Sidhvik in Mumbai, India.

You may reach him at sidd.iitian@gmail.com
Follow him on social media: @thesiddjaiswal

Relationship Tips: People start losing themselves in the...

Odisha: Two arrested with weapons in robbery case at petrol...