Polish Prime Minister Mateusz Morawiecki said on Monday that the Polish government will seek permission from Germany to send Leopard tanks to Ukraine. However, he did not say when a request would be made to Germany in this regard. 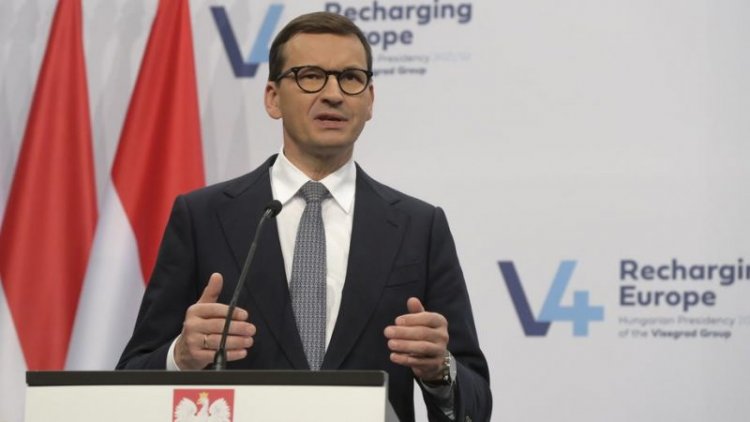 The ongoing war between Russia and Ukraine is about to complete two years. Meanwhile, to remain at war with Russia, many Western countries, including the US, have given financial assistance to Ukraine, including war tanks and weapons.

Warsaw will take its own decision – PM

Poland's Prime Minister Morawiecki said that Warsaw will take its own decision if no permission is received from Germany in this regard. However, he has not given any detailed information about this.

German Foreign Minister Annalena Baerbock told French TV channel LCI that Poland has not sought Berlin's approval to formally send some of its German-made Leopard tanks to Ukraine. However, he added, "If we are asked about it, we will not come in the way of it."

Regarding Foreign Minister Baerbock's comments, Morawiecki said that building pressure is understandable and that his words are like a spark of hope that Germany may also participate in the alliance in this regard. It may be known that earlier German Chancellor Olof Schulz had said that Germany will continue to support Ukraine fighting Russia.

But he has not said anything about sending German Leopard two tanks to the Ukrainian army. Britain, Latvia, Lithuania and Estonia have requested Germany to send tanks to Ukraine. These countries have made this request after the meeting of the Allies on Friday failed to reach an agreement on sending tanks to Ukraine.

Los Angeles shooting: shooting suspect shoots himself in a van after being surro...

COVID-19: Did corona infection originated in China? WHO...

Shooting in a house in Colorado, USA, four killed