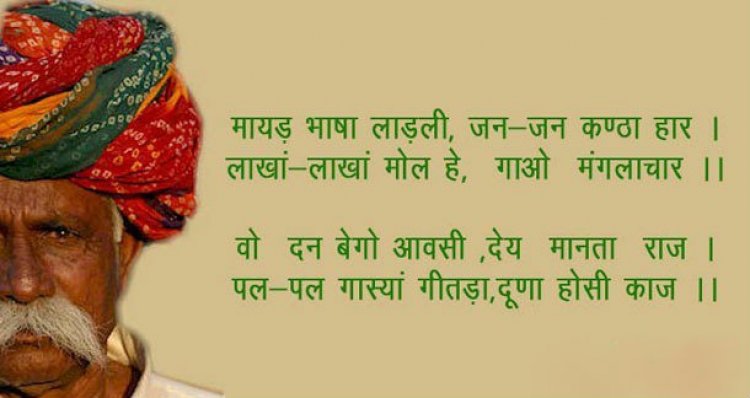 There is a relaxed news for Rajasthani language. Rajasthani language dictionary can now be read and understood on digital platform as well. Not only this, with other languages ​​of the world also this language will establish an interconnection with its translation. Marwadi, Mewari, Dhodhari and Malvi, spoken in different areas of Rajasthan, have been known for their special importance for thousands of years. Evidence of its being alive for the last one thousand years is in literature like Prithviraj Raso and Vaali Krishna Rukmani.

The first phase has been completed

The good news for people who are struggling for the recognition of Maid language and who speak this language is that now more than ten versions of the language dictionary are available on the digital platform. Efforts are also being made to bring others on the digital platform. Its first phase has been completed on December 29, on the birthday of Padma Shri Sitaram Lalas. On his birth anniversary, its launch was completed in the context of former MP Gaj Singh Jodhpur and various institutions. Now Rajasthani language dictionary, grammar and other literary aspects will be available online. Not only this, now it will also help in the recognition of language.

According to Dr. Lakshman Singh Rathore, Chairman of the Dictionary of Digital Digitization Project and Chairman of Rajasthani Language Recognition Committee, now is the era of online. So Rajasthani language digital platform will be available for people living abroad and literature lovers. From there, work is also being done on translating with languages ​​of different countries. For this, a UNESCO organization working in the preservation of languages ​​has also been contacted.

However, this can be said to be an auspicious sign for the Rajasthani language facing the brunt of neglect. Because to keep any language alive in the changing environment, it is very important to be present on the digital platform. A golden ray of hope can be felt by this digital creation of Rajasthani language dictionaries, grammar and literature.

Weather Update Today: Rainy season will start in these...