Taapsee Pannu IT Raids: Taapsee Pannu breaks silence after income tax raid, 'referring to a receipt of 5 crores including a bungalow in Paris'

All three tweets of Taapsee Pannu are trending fast on Twitter. Fans are constantly giving their feedback on this. During the Income Tax raid, many Bollywood actors have come out in support of Taapasee. 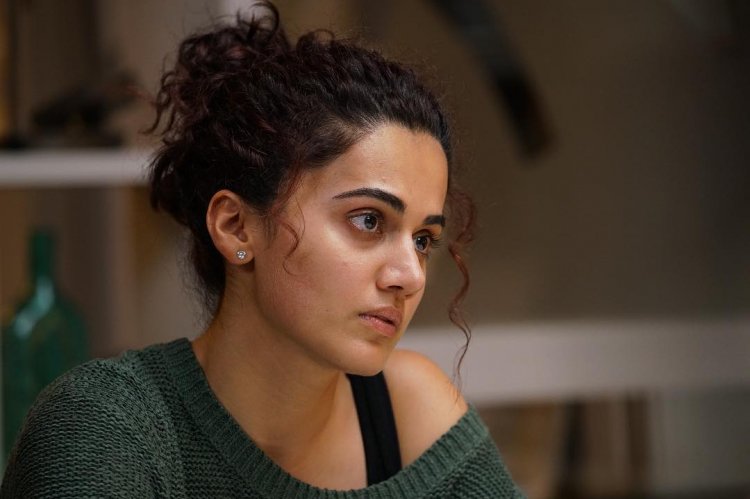 The Income Tax Department on Wednesday took a major action of raiding the filmmaker Anurag Kashyap and actress Taapsee Pannu in the case of tax evasion. The inquiry and action of the Income Department was continued on the next day i.e. Thursday. The tax evasion case is related to Phantom Films, which Anurag created with the rest of the filmmakers. Anurag and Taapsee were questioned by the Income Tax Department for several hours. Meanwhile, for the first time, the reaction of Taapsee Pannu has come to the fore. Taapsee mentioned three things on the tweet.

3 days of intense search of 3 things primarily
1. The keys of the “alleged” bungalow that I apparently own in Paris. Because summer holidays are around the corner

2. The “alleged” receipt worth 5 crores to frame n keep for future pitching coz I’ve been refused that money before ????

3. My memory of 2013 raid that happened with me according to our honourable finance minister ????????

Actress Taapsee Pannu tweeted one after the other on her Twitter account. In these tweets, he has written about a check, a bungalow in Paris and a raid lying in 2013. Taapsee wrote in the first tweet, 'I have an alleged bungalow in Paris, whose keys she keeps in Paris, she is looking for it. I often go on vacation there. ' In the second tweet, she writes, 'Looking for the alleged receipt for a check of five crores. In the third and last tweet, he wrote, 'In my memory, I remember that in the year 2013 also, the finance mister had also raided. It is not very cheap. '

However, he has done all these things on the Income Tax Department and the Government. According to Taapsee's tweet, during the raid, he has claimed this, whose keys he is asking for. The Income Tax Department has also claimed that they also have a receipt of Rs 5 crore. At the same time, the finance minister has also claimed that in the year 2013, Taapsee had a red spot. Let us know that all three tweets of Taapsee Pannu are trending fast on Twitter. Fans are constantly giving their feedback on this. During the Income Tax raid, many Bollywood actors have come out in support of Taapsee.