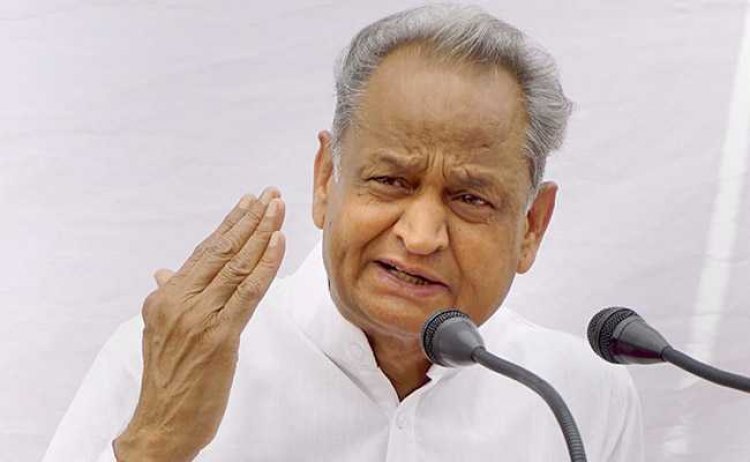 Rajasthan Chief Minister Ashok Gehlot on Thursday unveiled the Bhil Raja Bansia statue in the Banswara city council campus in a virtual manner. On this occasion, Ashok Gehlot addressed the people of tribal area. In his address, Ashok Gehlot said that the great men of the tribal areas of the state have played a big role in awakening the freedom and social consciousness of the country and we are proud of this proud history.

Nobody can forget the sacrifices of the tribals for the country - Ashok Gehlot Ashok Gehlot said that the state government will not have any shortage in bringing the glory stories of sacrifice and sacrifice of tribal society to the people. The Chief Minister said that no one can forget the martyrdom of the hundreds of tribal brothers and sisters who gathered at Mangarh Dham under the leadership of Govind Guru. He said that we all remember the teachings of Mavji Maharaj and the contribution of other great men including Nanabhai Khant, Kalibai, Mama Baleshwar Dayal, Bhikhabhai Bhil, Haridev Joshi and Haribhau Upadhyay. Our government has taken decisions in the interest of tribal area- Ashok Gehlot Chief Minister said, "Whenever our government was formed, decisions were taken keeping the tribal society at the center. As a result of this, this sector is setting new dimensions of development in other areas including education, health, electricity, roads, medicine.