With a long-standing history in the Middle Eastern market, Mahallati Jewellers remains a trusted name, beckoning clients with all that glitters and more. 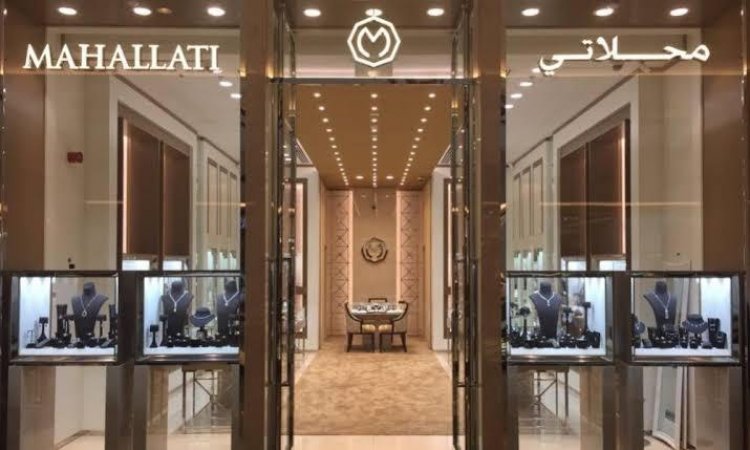 With a long-standing history in the Middle Eastern market, Mahallati Jewellers remains a trusted name, beckoning clients with all that glitters and more.

It is difficult to imagine that two decades ago, the thriving metropolis of Dubai was a desert port. “Throughout its history, Dubai has always been a favorite among traders. Back in the day, it was a bubbling pot where traders from all-across the region would exchange goods and ideas,” explains Marwa Mahallati, the head of personal accounts and daughter of Mr. Karim Mahallati of Mahallati Jewellers.

Dubai has been a major trading port along the Middle Easter trade routes since the 1800s, but it was not until the mid-80s, that it was officially declared as the region’s ‘free zone,’ allowing foreign companies to trade freely.  Thus, the city boomed. Its dynamic growth coupled with the appearance of large retail gold ‘souks’ and all-around obsession with luxury has earned it the apt nickname: ‘the city of gold.’  “We were one of the first jewelry wholesalers in Dubai. Our history dates to the time when Dubai had a small-town vibe and everyone knew each other,” shares Mehran Mahallati, the vice president of Mahallati Jewellers. His wife and the head of customization, Christie Mahallati adds on, “the story of our brand is the quintessential middle Eastern story. It is one filled with family love and perseverance.”

Six decades ago, Mr Karim Mahallati discovered his love for jewelry while working in an Iraqi gold shop. So taken was he by the region’s ‘artisinal’ intelligence, that he dedicated much of his younger years learning the ropes of the craft as well as travelling the world to source gems. Curating and manufacturing one-of-a-kind pieces quickly bought him recognition, prompting his establishment within Dubai’s famous gold souk. Today, his son, Mehran Mahallati heads the endeavor, “when I joined the business, we were quite established in the gold souk as well as in two of Dubai’s first malls: Wafi and Mercato. As Dubai moved into the mega-mall phase with the development of the Dubai Mall, Dubai Marina Mall, Mall of Emirates, we grew as well. We modernized the brand, bringing it into the new age of luxury, but of course, keeping in mind, the familial roots that ground us,” he explains.

The roots Mehran is referring to is the strong personal relationship the jewellery house enjoys with some of the most influential Middle Eastern households. Sensitive to privacy, the brand is mindful about advertising and stretching themselves too thin. “The privacy of our clients is essential and the trust that each of them puts in us as their jeweler is the most important aspect of Mahallati. So, we are careful not to spread our wings so far. If we wanted to, we could inaugurate stores in other metropolitans like New York and London. Strategically, it makes sense to do so, however we do not want to lose out on personal relationships. Our patrons are special to us, we remember birthdays and anniversaries, helping to find pieces to commemorate all special occasions in life. Their trust in us means the world.”

Each piece in the stores represents the passion and precision of the brand. It is a celebration of the Middle East’s ever-evolving taste in jewelry. “With a manufacturing facility in Thailand that employs 200 jewelry experts and in house developers, we are constantly innovating and creating bespoke pieces that interest our clients,” shares Muhammed Mahallati, the director of operations. “We’ve had the pleasure of working with clients who continuously push us into unchartered design territory. Earlier, we created a beautiful piece featuring 9,000 south sea pearls, all uniform in color and size with diamond detailing for a bride. The piece fit her like a dress,” he adds.

Jewellery is an intrinsic part of Middle Eastern culture. In the Middle East, it means so much more than a gift. It is an important part of the bridal trousseau, a sort of rite of passage and now more than ever, its also seen as a smart way of rewarding oneself. But most of all, it is a sentimental heirloom that often changes shape through generations. “It’s not uncommon for us to get requests to redesign past pieces. For example, a client’s mother brought in her wedding set that she purchased from us earlier, which she would like to have redesigned to gift her daughter,” recounts Christie, the head of design and customization.

After decades in the business, the jewellery house is still standing strong thanks to its deep understanding of luxury, uncompromising attitude towards quality, willingness to innovate to stay abreast with the latest trends and the most important aspect- the personal touch.  “Though we’re a large company, we’re still hands on. One of us is always checking in our stores and we deal directly with our clients. There are no levels of management between manufacturing and owners. We are multi-taskers! So, when our clients have questions, they can ask us directly, without the need of going through a front desk executive who has to check and revert back.” It is the reason the brand has persevered through the decades. The Mahallatis’ continue to thrive because they stick to Middle Eastern values of family, honor, and sincerity.

Odisha: Two arrested with weapons in robbery case at petrol...