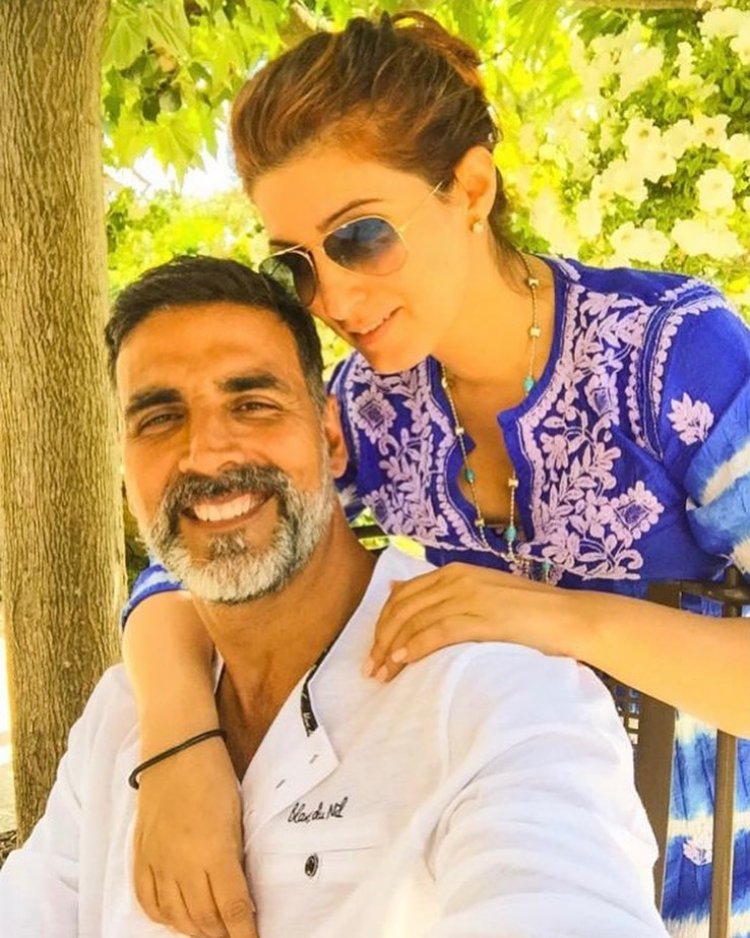 Akshay Kumar is very active on social media. He often shares special photos and videos for his fans. Akshay Kumar has shared his special picture with wife Twinkle on their wedding anniversary on their official Instagram account. In the picture, Twinkle Khanna is seen in blue suit and Akshay Kumar in white shirt.

Sharing this picture, Akshay Kumar has also written a special post for Twinkle Khanna. He wrote in his post, "I’ve ever been of a partnership...twenty years of togetherness and you still make my heart flutter and sometimes even drive me up the wall but then again I wouldn’t have it any other way coz a smile is never far when you are near♥️ Happy anniversary Tina."

Akshay Kumar's special post written for wife Twinkle Khanna on social media is becoming very viral. The actor and many fans of Twinkle Khanna are very fond of his post. Fans of these two artists are also congratulating the wedding anniversary by commenting together. Let us tell you that Akshay Kumar and Twinkle Khanna married on January 17, 2001. Before marriage, both of them had dated each other for a long time.

Pulsar 200F now more stylish than before, will get this special feature.

Taapsee Pannu turned out better than Aamir-Akshay, in three...

How was Rajiv Gandhi assassinated? Conspiracy will be exposed,...