Corona Alert: Those coming to Rajasthan from Kerala and Maharashtra will be investigated, schools up to fifth will remain closed till March 31

Rajasthan Corona Alert: Government alert for prevention of Corona virus infection in Rajasthan. These important decisions were taken at a high-level review meeting of the state of the Covid-19 epidemic under the chairmanship of Chief Minister Ashok Gehlot. 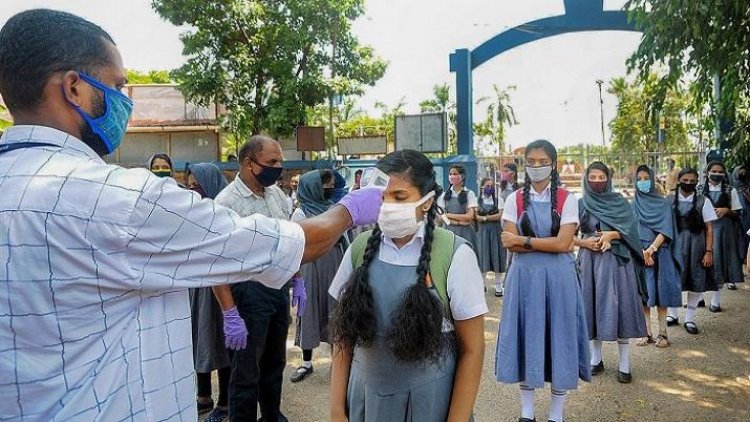 Jaipur: Like people coming from Kerala and Maharashtra to Rajasthan, now it will be mandatory for those coming to the state from Punjab, Haryana, Madhya Pradesh and Gujarat to show a negative report of the RTPCR test of corona virus 72 hours ago. This decision has been taken considering the increasing cases of COVID-19 in neighboring states. Also, classes upto fifth in Anganwadi centers and schools in Rajasthan will be closed till March 31.

These important decisions were taken at a high-level review meeting of the situation of the Covid-19 epidemic chaired by Chief Minister Ashok Gehlot on Friday. Gehlot said that during the last few days, negligence by the common people in the cradle of protocol is a matter of serious concern. He directed the Autonomous Government Department and Information and Public Relations Department to speed up the awareness campaign again and cooperate with other departments including police.

He said that the war we won from Corona should not be defeated, so all precautions have to be followed. Gehlot said that Covid-19 vaccination work is going on at a good pace in the state, but there is a need to accelerate it. He said to run a campaign in order to encourage people of the prescribed category to get vaccinated. He asked the officials to ensure that all vaccination centers in different districts are arranged according to the guidelines issued by the Ministry of Health, Government of India.

Yesterday, once again, Corona cases were seen in Udaipur. This time, infection in children has been found in the state Pragya Chakshu Higher Secondary Blind School of Ambamata area of ​​the city. The administration, police and medical department were stirred up on the information that the children were infected. The infection has been confirmed in 25 children and 4 staff in Pragya Chakshu Vidyalaya.