Covid-19: Rural India too under the grip of second wave, 4 times cases of infection and death, these figures are telling

Corona infection cases are not directly available on an urban-rural basis. But analysis of case and death data in the districts covered under BRGF shows that the epidemic is spreading in rural areas 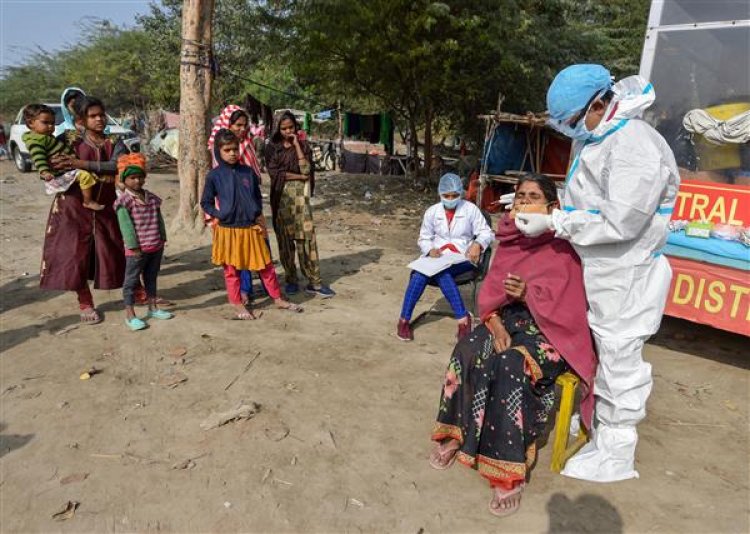 The second wave of corona infection is spreading rapidly in the rural areas of the country. For the past several days, experts have been constantly warning that there has been a spurt in infection in rural or backward areas. This time cases in backward or rural areas of India have increased four times, compared to the first peak of Covid-19 infection in September last year. The death toll has also increased at an equally rapid rate. On Friday, the Allahabad High Court also asked the Uttar Pradesh government what is the preparation to prevent the spread of infection in rural or small urban areas.

According to the report of the English newspaper The Indian Express, 39.16 lakh people were infected till May 5 in 243 districts of the country under the Government of India's Backward Region Grant Fund (BRGF). This is more than four times the 9.5 lakh infection cases at the first wave peak on 16 September 2020. At the same time, the number of active cases in these districts is also much higher than before. The active caseload is currently 4.2 times higher than the first wave.

According to the report, there are 7.15 lakh active cases (people undergoing treatment) in these districts, due to which the health infrastructure of these rural districts has been greatly affected. Apart from this, the death toll in these districts is also increasing rapidly. As of May 5, 36,523 deaths were recorded in these 243 districts, which is 4 times more than the peak time of the first wave. By 16 September 2020, 9,555 people had died due to Covid-19 infection in these districts.

Death figures increased in these districts

Of the 272 districts covered under BRGF, about 54 per cent of the districts are in only 5 states - 38 in Bihar, 35 in Uttar Pradesh, 30 in Madhya Pradesh, 23 in Jharkhand and 20 in Odisha. These states provide the highest labor force or migrant laborers in the urban areas of the country. According to the newspaper report, however, cases of corona infection on an urban-rural basis are not directly available. But analysis of case and death data in the districts covered under BRGF shows that the epidemic is spreading in rural areas as these 272 districts are considered less developed and predominantly rural.

On the basis of data from 243 districts, the number of infections in the first and second wave increased fourfold, but its share in total infected cases of the country is at 18.6 per cent as before. Although the death toll in these districts has increased rapidly. On September 16 last year, these districts accounted for 11.5 percent of the total number of deaths in the country (83,198). According to the data of May 5, it has increased to 16 percent.

Most of the places in these 272 districts have only basic health facilities. The new preparations that the state governments are making after the outbreak of epidemics are taking place mostly in urban areas. Therefore, the patients of these districts are also having to run towards the cities, where there is already a lot of pressure on the health infrastructure due to the increasing caseload.