Many big changes have been made in the Mumbai Police in the Sachin Vazh case on Wednesday. Now Hemant Nagrale will be the new Commissioner of Police of Mumbai. At the same time, Parambir Singh, who has held this position till now, has been made the DG of Home Guard. 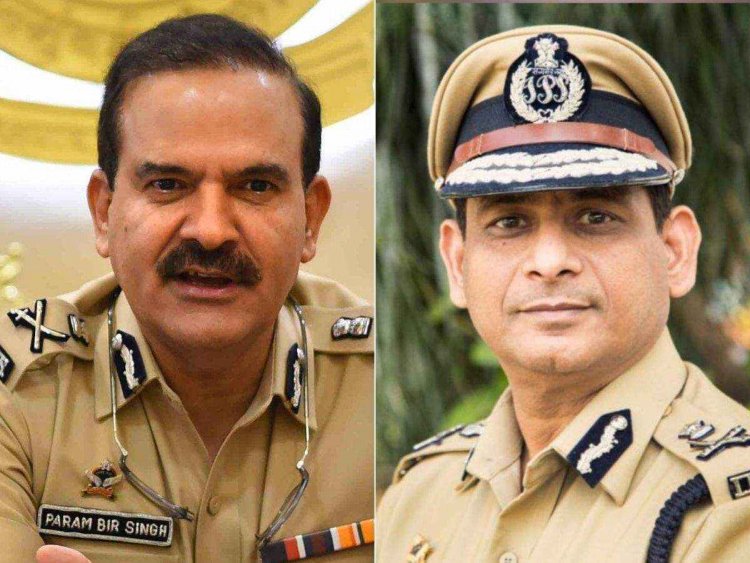 Who is Hemant Nagrale?
Hemant Nagrale hails from Chandrapur district of Maharashtra. He got his primary education from Zilla Parishad School in Chandrapur. After that he completed high schooling from Nagpur.After school, Nagrale graduated in mechanical engineering from Nagpur and earned a master's degree in finance management in Mumbai.

He was selected for the Indian Revenue Service (IRS) before being elected to the Indian Police Service (IPS) in 1987. His first posting after training was as Additional Superintendent of Police (ASP) at Rajura in Chandrapur district.

Subsequently in 1992, he was made the Deputy Commissioner of Police (DCP) of Solapur. At that time communal violence spread in the state after the demolition of Babri Masjid. Nagrale's effort to control that violence was greatly appreciated.

In 1994, he was made Superintendent of Police (SP) of Ratnagiri district. At that time, the case of Enron-Dabhol Power Project was hot. He took strict action to acquire land for the Dabhol project, which was strongly opposed by the local people.

Major investigation by CBI
In 1998, Hemant went to the Central Bureau of Investigation (CBI) on deputation where many important cases were investigated.

In these cases, Harshad Mehta, Ketan Parekh and Madhavpura Cooperative Scam were prominent. Not only this, he also assisted in the investigation of the fake stamp paper case of Abdul Karim Telgi in 2003.

In 2007, Nagrale was made the Additional Commissioner of the Eastern Region. During this time he was confronted with the communal violence spread in the area.

In 2008, he was made Special IG of Maharashtra State Electricity Distribution Company i.e. MSEDCL. Despite this post, he had saved many lives by putting his life at risk during the terrorist attacks in Mumbai that year.Together with the Union Home Ministry, he also made a lot of effort to provide better facilities to the policemen in the canteen. With this effort, more than 40 police canteens were opened across the state.

While being the Joint Commissioner of Mumbai Police, Hemant Nagrale implemented a clean housing policy for the police. Under this, transparency in house allocation was greatly encouraged. His effort was highly appreciated among the policemen.

In 2014, Nagrale was given the additional responsibility of the Mumbai Police Commissioner for a brief period.

Between 2014 and 2016, he was the Commissioner of Police of Navi Mumbai. Thousands of people came from all over the state for a rally in Mumbai, demanding Maratha reservation. And at that time, the responsibility of security in this entire campaign was on these camps. In a three-decade long career, Nagrale has also been suspended in a case in 2018.

Hemant Nagrale has been awarded many medals and honors in his career. These include the President's Police Medal, Special Service Medal and Internal Security Medal. He has a great interest in playing golf and tennis.

Purujit Singh & MKP did the biggest show of the year in India with Himanshi Khurana...