After the arrest of Raj Kundra, Shilpa Shetty finally revealed, brother-in-law used to handle all the business of mobile app

Businessman Raj Kundra was recently arrested by the Mumbai Crime Branch for making obscene films and uploading them through a mobile app. Raj Kundra and his IT chief Ryan Thorpe will be in police custody till July 27. 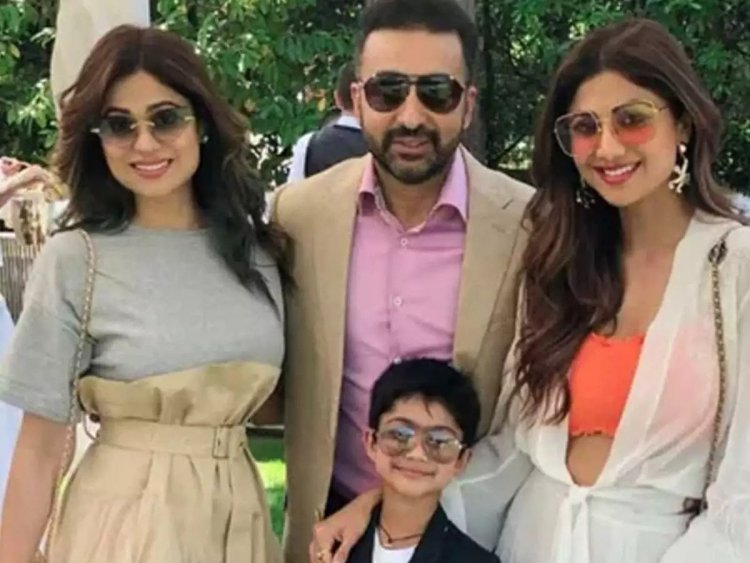 Raj Kundra, husband and businessman of Hindi cinema's famous actress Shilpa Shetty, has recently been arrested by the Mumbai Crime Branch for making obscene films and uploading them through a mobile app. Raj Kundra and his IT chief Ryan Thorpe will be in police custody till July 27. The Mumbai Police Crime Branch is continuously questioning Raj regarding this matter. At the same time, Shilpa Shetty is also being questioned regarding this matter.

In another tweet, it is written that Shilpa Shetty has said that it was Pradeep Bakshi, a London-based wanted accused and brother-in-law of Raj Kundra who was associated with this app and its working. Shilpa claimed that her husband is innocent. Mumbai Police sources.

Shilpa Shetty's sister Shamita Shetty has supported her sister. Sharing a long and wide poster of Shilpa's upcoming movie 'Hungama 2' on her Instagram account, she wrote, 'This too shall pass...'. She writes, All the best my Darling Munki! For the release of your film 'Hungama' after 14 years, I know that you and this entire team have put in a lot of hard work in this. I love you. You have done a lot. There are many ups and downs in life. But I know you are very strong. This too time will pass. Best wishes to you and the entire team of Hungama 2.

Tokyo Olympics: Winning a medal in Olympics is like a dream come true, it is dedicated...