Colorado Shooting A massive shooting took place on Saturday night at a nightclub in the US city of Colorado Springs. In which at least 5 people have died and 18 people have been badly injured. 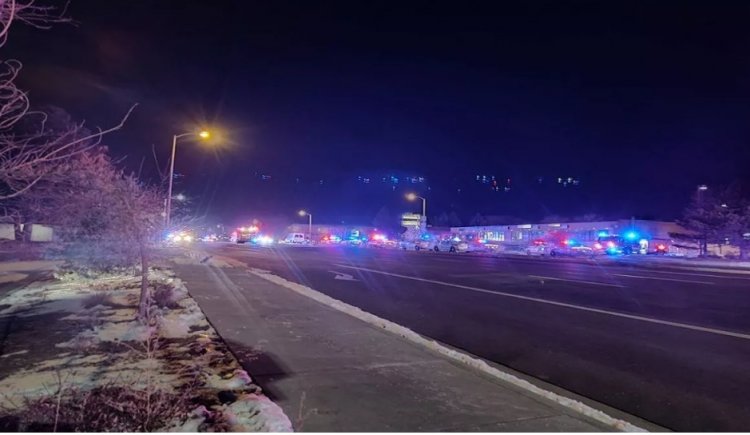 Five people were killed and 18 injured in a shooting at a gay nightclub in Colorado, US, on Saturday night. Colorado Springs Lt. Pamela Castro told a news conference that a suspect is in custody and is being treated for injuries after the attack at Club Q. Castro said police received the initial phone call just before midnight about the shooting. Officers located a man inside the club who was believed to be a suspect. He gave no details about the motive of the attack and declined to say what kind of weapon was used in the shooting.

The club said it was a senseless attack on our community.

Club Q describes itself as an "adult-oriented gay and lesbian nightclub hosting theme nights such as karaoke, drag shows and DJs" in the Google listing. The club said in a statement on its Facebook page that it was a "senseless attack on our community. . We thank customers for their quick responses that subdued the gunman and prevented this attack."

Let us tell you that at 4 am the police surrounded the area around the club. Earlier in 2016, a gunman killed 49 people at a gay nightclub in Orlando, Florida. At the time it was the worst mass shooting in American history. The shooter claimed allegiance to an Islamic State leader. He was killed in an encounter with the police.

Why was Donald Trump evicted from many platforms including Twitter, know what is...

Turkey: Ardoan's decision is why women are seen on the ...

The wait of 9 years will end, Nicole Aunapu Mann will b...

Monkeypox Treatment: Scientists are trying to find out ...

What is special in UNEP report that UN chief Antonio Gu...