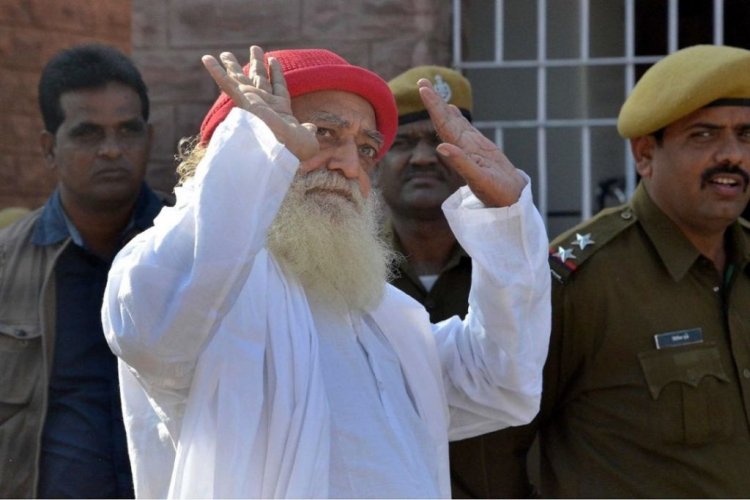 Asaram, who was lodged in Jodhpur's Central Jail in connection with sexual exploitation of a minor, suddenly got worse health issues on Tuesday. The police administration hurriedly admitted him to the hospital. During this, a funny incident happened, Asaram started giving discourses in the hospital itself and the policemen kept listening carefully.

Jodhpur Asaram, who was in prison in a sexual abuse case from a minor,got worse health issues late in the night. After the deteriorating health in Jodhpur's Central Jail, the jail administration rushed Asaram to Mahatma Gandhi Hospital in the city, where Asaram also gave discourses to the policemen during the three-hour treatment. At the same time, crowds of Asaram supporters also gathered outside the hospital to see Asaram. A video during the treatment is going viral, in which Asaram is giving discourse to the police inside the hospital and the police is listening to him very carefully.

After complaining of difficulty in breathing, the jail administration took Asaram out of the prison to Mahatma Gandhi Hospital amid tight security. He was rushed to the hospital in a police van. As soon as Asaram's supporters came to know about this, they reached out to the hospital and stood there until Asaram got discharged. Later, when Asaram was returning from the hospital the crowd rushed to see him.

A team of four doctors were included in his check up. CT scan was also done, but Asaram was taken back to jail after three hours of treatment. He was suffering from breathlessness, after which the doctors gave him some medicines and underwent a CT scan, the test reports are normal.

Asaram started preaching in the hospital
during the treatment. A video is going viral, in which Asaram is giving discourse to the policemen posted under his protection inside the hospital. Surrounded by police all around, in the CT scan room of Asaram Hospital, Asaram was giving discourse on religion and police was seen listening carefully to them.

Gathering of supporters outside the hospital by 3 am
Asaram supporters came to know about the deterioration of Asaram's health in Mahatma Gandhi Hospital. They started gathering outside the hospital. Police security was increased in view of the huge crowd late at night. After three hours of treatment under heavy security, Asaram was taken back from the police hospital to the Central Jail. During this time, supporters started running behind the police car to see Asaram. Women and men were involved in this.

In Haryana including Gurugram and Faridabad, there will...