Natasha Narwal's father, member of Pinjra Tod Group, dies of Covid, Natasha could not meet her father in jail

Natasha was arrested last year on charges of conspiracy in a riot in North East Delhi. Natasha could not meet her father. His plea to meet his father was to be heard in court today but his father died before that. 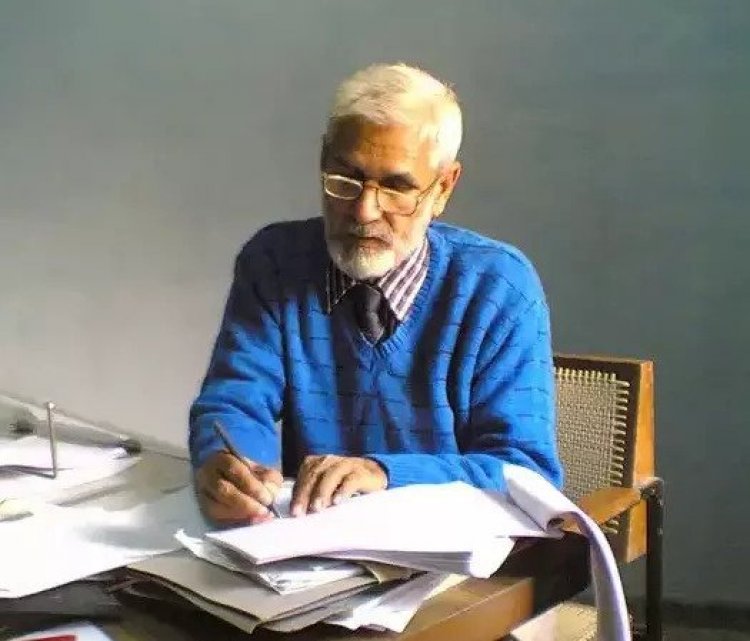 Mahavir Narwal, father of JNU student Natasha Narwal, died at the hospital from Covid. He was in ICU. Family members and the Pinjra Tod group said that he died on Sunday evening. Natasha, arrested under UAPA, is in jail and petitioned the court to meet her ailing father, who is due to be heard on Monday.

Dr. Narwal was associated with the People's Science Movement and the Gyan-Vigyan movement. CMIM leader and Senior Scientist Mahavir Narwal (71) was retired from CCS Haryana Agricultural University, Hisar. Due to infections in the lungs and diabetes, his condition was serious and there was a big problem in recovery. He was found positive about 2 weeks ago due to corona symptoms and was admitted to the hospital on 3 May.

We have lost Mahavir Narwal- comrade, father, friend, fellow traveller. He passed away 2 hrs back due to covid-related complications. This is an immense loss for us and the larger community as for Natasha. He was a rock for many, a voice of sanity in the din.. pic.twitter.com/GO7M6iVZUT

Natasha was arrested last year on charges of conspiracy in a riot in North East Delhi. Natasha Narwal is a PhD student at the Center for Historical Studies from JNU. Narwal and his partner Devangana Kalita were arrested on 23 May 2020 for participating in a protest against CAA outside Jafrabad metro station in North East Delhi. Both were later arrested by filing a case under UAPA.

Palestinian militants fired 4 rockets at Israel, no damage confirmed yet

COVID-19 Vaccination: What to do before and after taking...