The Wellerman"  a maritime ballad  performed by Mr Ethans was shared on TikTok in December which got enormous popularity and soon brought him fame . 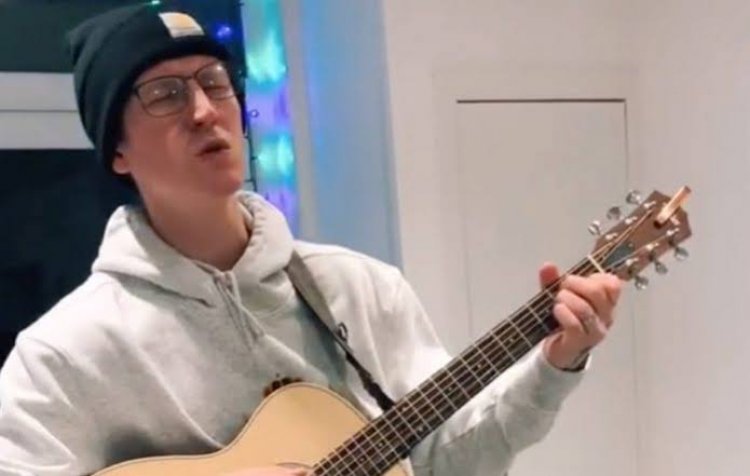 Nathan Evans unlike others stuck between job and passion choses music to pursue as his career.

''The Wellerman"  a maritime ballad  performed by Mr Ethans was shared on TikTok in December which got enormous popularity and soon brought him fame .

The musician has been sharing his footage of sea shanties since July  but it was in December that he gained widespread attention.

Not only did he have 7.5 million views ,but also he has attracted a celebrity fan base, with musical impressario Andrew Lloyd Webber who was seen singing along him.

This incident being a push for his career , Mr Evans opines that he can have strong roots in the music industry, though not ruling out returning to his old job.
He says,"The future will be quite bright, I hope. This is a once-in-a-lifetime opportunity, it’s never going to come around again,” the singer said. “Hopefully if nothing comes of it then I can go back and continue being a postman, but I thought at the minute I’ll seize it and see what happens.”

He dreams of making an album with Ed Sheeran .He said "if somebody like Ed Sheeran joined in" on his TikTok shanties ,"I think I 'd probably collapse."

His video is set to be the highest new entry on the chart, as denoted by the official first look, based on preliminary sales and early streaming reports.

He reflects upon the binding force of the shanties and says"Back in the day when the shanties were sung, it was to bring everybody together, to keep them all in time, to keep the morale high. Especially in this time when everybody’s stuck at home, they’re doing their remote working – they can join in, and it kind of brings everybody together.So I think it just kind of brought it into this day and age. It makes it feel like you’re all united. Especially seeing how creative everybody can be with it.”