Gill said his daughter had gone missing from the house on May 20, after neighbors learned that they had seen the girl accompanying the kidnapper and some other men and women in a pickup truck. 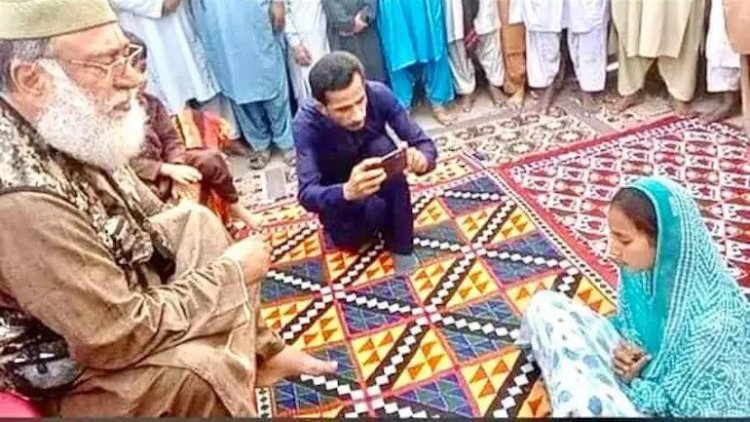 Cases of forced conversion of minority girls in Pakistan are increasing continuously. The latest case is of a 13-year-old Christian girl. The girl's father alleges that a Muslim boy kidnapped the girl forcibly converted her to religion and then forcibly married her. This incident took place in Gujranwala city of Pakistan. According to the girl's father, the kidnapper is a Muslim who forcibly married the girl.

According to the Dawn report, the victim's father is demanding justice for his family. Shahid Gill, a tailor from Arif Town, said his neighbor had offered to hire his 13-year-old daughter as a salesgirl at his makeup accessories shop. However, Gill refused to send his daughter to work in the shop.

He said that the kidnapper kept on demanding his help. Shahid said that he later allowed his daughter to work at the neighboring shop as the condition of the house was not good. Gill said his daughter had gone missing from the house on May 20, after neighbors learned that they had seen the girl accompanying the kidnapper and some other men and women in a pickup truck.

He told that he had already got the complaint lodged at Firozwala police station and on May 29, a case was registered against the man and seven others. Investigating officer SI Liaquat said the two suspects were taken into custody but the girl later appeared in a local court.

According to the police officer, the girl told the court that she had left her home to voluntarily convert to Islam and later enter into a contractual marriage. He said the court had allowed the girl to accompany her alleged husband and ordered the police to quash the case, following which the police complied with the court's order.

However, the girl's father Gill said that his daughter is 13-and-a-half years old and hence the court should not accept her statement of conversion and voluntarily marrying.

Gill said the man was already married and has four children, including three daughters and a son. The complainant alleged that her daughter was forced to convert her religion and married against her will and that the girl may have given such statement under coercion. He urged the authorities to verify the age of his daughter from the National Database and Registration Authority (Nadra) and provide justice to her.

The US-based Sindhi Foundation has said that every year around 1,000 young Sindhi Hindu girls aged 12 to 28 are abducted, forcibly married and converted to religion. Pakistan has on several occasions promised to protect the interests of minority communities in the nation. However, large scale attacks on minorities tell a different story.

Despite the outbreak of Corona virus in Melbourne, Australia, people got permission...

Netanyahu era in Israel is over: Naftali Bennett becomes...

Taiwan has been warned by China that any attempt to seek...

Newly married in Pakistan, gang rape in front of husband...