Pushpa is no longer facing the challenge of a new film, but the journey ahead depends on the situation arising due to Corona. In states where the film is doing good business, if restrictions increase or cinema halls are closed, then the collections will be affected. 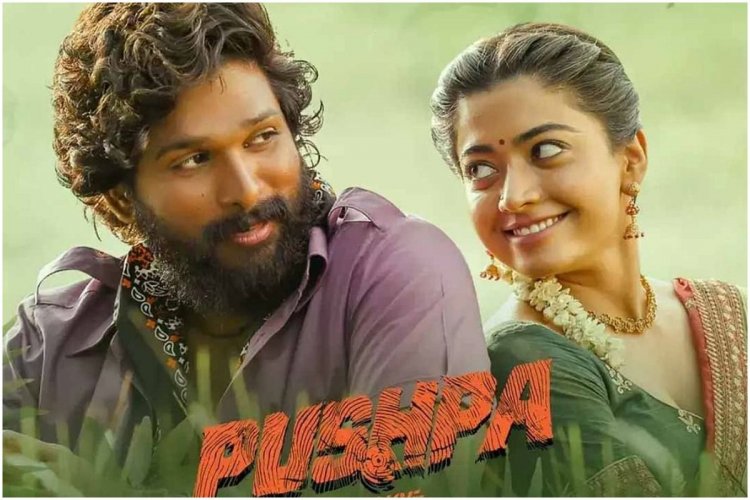 Allu Arjun starrer Pushpa The Rise Part One, which is running in the third week of its release, has surprised the trade by making excellent collections at the Hindi box office. Despite the increasing restrictions due to Corona virus and the closure of cinemas in some Hindi speaking states, the film is still going strong and has crossed the session crore mark.

Pushpa is no longer facing the challenge of a new film, but the journey ahead depends on the situation arising due to Corona. In states where the film is doing good business, if restrictions increase or cinema halls are closed, the film's collections will be affected. This will be the biggest challenge before Pushpa in the fourth week. Now if we talk about South Indian films released in Hindi in the last few years, then Pushpa has become the fifth highest grossing film.

The highest grossing film in the Hindi belt is SS Rajamouli's Baahubali 2- The Conclusion, which had a net collection of 511 crores only in Hindi speaking regions. It seems difficult to break this record at the moment. Forget the dubbed film, it will not be easy for a Hindi film to break this record.

The second place is the Hindi version of the Tamil film 2.0, which had a net collection of 188 crores. However, in this film, Akshay Kumar was in the parallel lead role with Rajinikanth.

In third place, its prequel Bahubali - The Beginning, whose Hindi version had a net collection of 120 crores. After the success of Baahubali in 2015, the trend of releasing Pan India movies in the true sense increased. Karan Johar did the work of bringing Bahubali to the Hindi audience.

The fourth place is Prabhas's Telugu film Saaho, whose Hindi version collected 142 crores. This film was released after Bahubali 2, which benefited Saaho.

The Kannada film KGF Chapter One was also well received in the Hindi belt. The Hindi version of Yash starrer film had a net collection of 44 crores. It is the sixth highest-grossing film in terms of collections in the Hindi belt. In seventh place is Bhallal Dev of Bahubali i.e. Rana Daggubati's film The Ghazi Attack, which was released in Hindi as well as Telugu. Taapsee Pannu and KK Menon were also in important roles in this film. The film collected 20.50 crores at the Hindi box office.

Bigg Boss 15: Salman Khan made this contestant out of the house, family members...

Must Watch: These 5 Best Hollywood Thriller Movies From...