The woman teacher was demanding the money lent to the accused a year ago. The accused set the teacher on fire by pouring petrol. A badly scorched female teacher died late night in SMS Hospital. 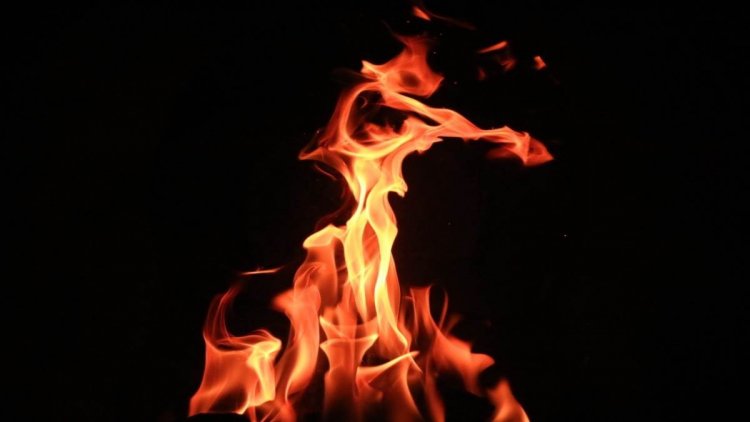 In Rajasthan's capital Jaipur district Raisar village, rioters burnt alive a female teacher.  The video of the incident, which happened about seven days ago, went viral on the internet media on Wednesday.  The woman teacher was demanding the money lent to the accused a year ago.  The accused set the teacher on fire by putting patrol.  A badly scorched female teacher succumbed to her injuries at SMS Hospital late Tuesday night.

Police did not take concrete action

According to the information, this incident is of August 10.  On this morning, Anita Regar (32), who teaches at Veena Memorial School in Regar's Colony, was going to school with her son Rajveer (6).  During this, half a dozen miscreants surrounded Anita and attacked her.  Anita entered Kaluram's house nearby to save herself.  Meanwhile, he called the number 100 under the police control.  Police did not reach the spot.  The miscreants set Anita on fire by sprinkling petrol. Anita kept on screaming, but the miscreants themselves kept making videos of the incident.

It is alleged that no one helped Anita.  On receiving information about the incident, Anita's husband Tarachand reached the spot along with his relatives, by the time Anita suffered 70 percent burns.  Anita was admitted to Jamvramgarh Government Hospital, where she died on Tuesday night.  Before death, Anita had told the names of the accused to her husband.

Anita had lent two and a half lakh rupees to the accused.  When she repeatedly demanded money, these people used to abuse and beat her.  A case was registered in this regard at Raisar police station on May 7.

Tarachand alleges that the police shooed him away from registering a case.  Tarachand told that Gokul, Anandi, Ramkaran, Babulal, Prahlad Regar, Moolchand, Suresh Chand, Sulochana, Saraswati, Vimala of the village have set fire by spraying petrol.  His wife pleaded with people to save her life, but no one helped Anita due to fear of miscreants.  On August 12, Tarachand had met the Director General of Police.  But till now no concrete action has been taken.

BJP state president Satish Poonia said that CM Ashok Gehlot is unable to handle law and order.  Criminals are fearless in the state.  Had the police conducted the hearing on time, the woman might have been saved.  Deputy Superintendent of Police Shiv Kumar said that a dispute was going on between the deceased woman and other people of the village for a long time.  A case of murder has been registered and investigation is going on.  The people whose names have been written in the report are being searched.  They are absconding at present.

Donald Trump: Donald Trump thanks the FBI for returning the passport, said - this...

Professor Udupi Ramchandra Rao: Google made a doodle on...

Maharashtra: Allegations of taking off clothes and forcing...