Russia- Ukraine War: Germany will continue to support Ukraine, Britain's pressure on Germany to give tanks to Ukraine

Germany's Chancellor Oluf Schulz has said that Germany will continue to support Ukraine to fight with Russia but not said anything about sending German Leopard two tanks to the Ukrainian army. 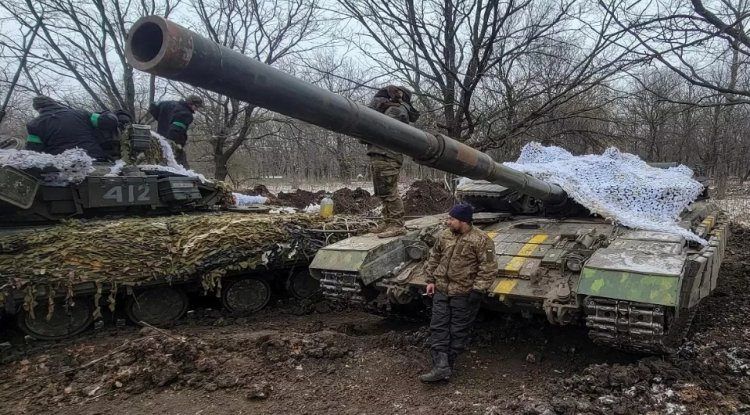 Britain, Latvia, Lithuania and Estonia have requested Germany to send tanks to Ukraine. These countries have made this request after the meeting of the allied countries on Friday failed to reach an agreement on sending tanks to Ukraine.

Ukraine has said that if the lives of Ukrainian citizens are to be saved from the attacks of the Russian army, then it is necessary to give tanks to its army. Meanwhile, a close aide of the Russian President has warned that if tanks are given to the Ukrainian army and they attack Russian citizens, the world will be in havoc. Germany's newly appointed Defense Minister Boris Pistorius may soon visit Ukraine amid the impasse over tank supplies.

Former British Prime Minister Boris Johnson went to Kyiv on Sunday to meet Ukrainian President Volodymyr Zelensky and assured full support in the ongoing war with Russia. While fierce fighting continues in Luhansk, Donetsk, Zaporizhia and Sumy regions of Ukraine. The Russian army is continuously firing at these places to move forward.

YouTube: Thousands of people fell victim to this beauti...